Is Adderall Addiction Treatment Really Necessary If I Detox on My Own?

In spite of its classification as a prescription medication, Adderall can be just as harmful as a drug like cocaine when abused on a regular basis. Not unlike other powerful drugs, it only takes so many weeks, or even days of ongoing drug use for Adderall addiction to take shape.

As difficult as it can be, detoxing on your own is possible. While not everyone who abuses Adderall will develop an addiction problem, those who do have a lot more to contend with than just stopping drug use.

Unfortunately, detoxing is only the first step when an addiction problem has developed. Understanding the impact Adderall abuse has can help you make an informed decision as to whether addiction treatment is necessary.

Please feel free to call our toll-free helpline at 800-768-8728(Who Answers?) to ask about Adderall addiction treatment options.

The Damaging Effects of Adderall Abuse

Adderall, a prescription amphetamine drug, belongs to the Schedule II class of narcotic substances. Adderall’s use as a treatment drug is the only thing that differentiates it from illegal narcotics, such as cocaine.

When abused, Adderall wears away at the brain’s structural makeup while disrupting the brain’s chemical system, according to University of California, Davis. Over time, this damage causes withdrawal symptoms to develop, with withdrawal episodes occurring on an increasingly frequent basis.

Both withdrawal and detox symptoms typically take the form of: 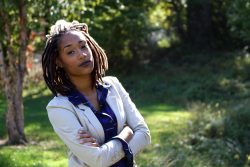 In effect, the severity of withdrawal experienced is a good indicator of how much damage Adderall has caused.

Adderall addiction develops in phases that reflect an increasing dependence on the drug. According to the Journal of Drug Issues, changes that take shape along the way include:

As the brain’s chemical environment skews further and further off balance, a person becomes increasingly dependent on the drug. By the time he or she reaches the point of “needing” the drug’s effects to cope with daily responsibilities, Adderall addiction is in full force.

This state of “needing” that Adderall addiction breeds becomes a part of a person’s personality makeup. In effect, getting and using the drug have taken top priority in his or her daily life.

The Role of Detox

The detox process works to break the brain and body’s physical dependence on the drug. In cases where a person can actually make it through the excruciating withdrawal effects that detox brings, the brain has reached a point where it can regulate the body’s systems as normal on its own.

Unfortunately, the psychological effects of Adderall addiction remain unchanged. This means a person will continue to experience an intense “need” or craving for the drug even after completing detox.

If you’ve tried detox only to end up using again, there’s a definite need for treatment help. Call our helpline at 800-768-8728(Who Answers?) to ask about available drug treatment options.