Prescribing of hyperactivity drugs is out of control

THE figures are mind-boggling. Nearly 4 million Americans, most of them children and young adults, are being prescribed amphetamine-like stimulants to treat attention deficit hyperactivity disorder (ADHD). Up to a million more may be taking the drugs illegally.

Now, amid reports of rare but serious side effects, leading researchers and doctors are calling for a review of the way ADHD is dealt with. Many prescriptions are being written by family doctors with little expertise in diagnosing ADHD, raising doubts about how many people on these stimulants really need them. Just as worrying, large numbers of children who do have ADHD are going undiagnosed.

Both trends could lead to problems with drug dependency, argue specialists in addiction. “There has to be a re-evaluation and reassessment of the extent to which there is proper prescription,” says Nora Volkow, director of the National Institute on Drug Abuse in Bethesda, Maryland.

Last week, the debate intensified, following two meetings of advisers to the US Food and Drug Administration (FDA). First, the agency’s Pediatric Advisory Committee suggested that parents and doctors should be warned about the risk of ADHD drugs triggering hallucinations. This followed a review of evidence of the drugs’ psychiatric side effects, including disturbing hallucinations often involving worms, snakes or insects, experienced by up to 5 per cent of children taking the drugs. In February, a separate FDA panel recommended that they should carry the most prominent type of safety warning, following 25 reports of sudden deaths from heart problems (New Scientist, 18 February, p 7).

Another FDA committee last week voted to delay an application for a drug previously used to treat sleep disorders to be marketed for ADHD. The drug, modafinil, has less potential for abuse and addiction, but the FDA’s Psychopharmacologic Drugs Advisory Committee wants to see more evidence proving its safety before backing the application (see “Alternative treatments for ADHD”). 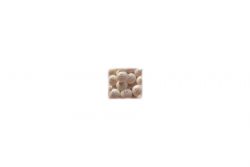 Stimulants such as methylphenidate, marketed by Novartis as Ritalin, have been used to treat ADHD for decades. As well as increasing arousal and heart rate, the drugs allow people who have difficulty concentrating to focus on tasks more effectively. Their use has exploded in recent years, especially in the US, where prescription rates are several times higher than across most of the developed world – in part because US doctors tend to use a broader definition of the condition.

Psychiatrists stress that side effects are rare, and say that the drugs have helped millions of people who would otherwise have had huge problems focusing at school and work. “These are some of the most effective treatments that we have in psychiatry,” says Chris Kratochvil of the University of Nebraska Medical Center in Omaha.

To diagnose ADHD reliably, a psychiatrist would ideally observe a child for several hours, checking their behaviour against a list of symptoms relating to activity and ability to concentrate. But in many cases, family doctors are prescribing the drugs after just a few minutes of consultation, based largely on evidence of boisterousness.

Doctors are under growing pressure from children and their parents to prescribe the drugs, as many believe that stimulants will help them get better school grades. “I have a colleague whose son was mobbed by friends wanting prescriptions,” says Scott Kollins, a child psychologist at Duke University in Durham, North Carolina.

Doctors are under growing pressure to prescribe the drugs, as many believe they will help deliver better school grades. This demand is also fuelling an illegal trade. Findings published last month indicate that in 2002 more than 750,000 Americans aged 12 and over were taking the stimulants without medical supervision (Drug and Alcohol Dependence, DOI: 10.1016/j.drugalcdep.2005.12.011). Some may have been using the drugs for a traditional “high”, or to keep going during all-night parties. But Larry Kroutil of RTI International in Research Triangle Park, North Carolina, who led the study, suspects that much of the illegal use is by children and young adults taking the drugs as study aids. In some cases, they are being bought by parents from illicit websites that do not ask for evidence of a prescription. “We need to look more at how people are getting these drugs, and why,” Kroutil says.

Members of the FDA’s Drug Safety and Risk Management Advisory Committee, which recommended the prominent safety warning on heart risks, say that they were motivated in part by concerns that many people who do not have ADHD are taking the stimulants. “It has been clear that the drugs are overused,” says Peter Gross of Hackensack University Medical Center in New Jersey, who chairs the committee.

The American Psychiatric Association argues that the picture is more complex. “Yes, there is overprescribing,” says Jason Young, the association’s communications manager. “But there is also underprescribing.” Among poorer sections of the US population, and particularly in minority groups such as African Americans and Hispanics, ADHD is believed to be widely underdiagnosed.

Volkow is worried that underprescription of stimulants could lead to problems with drug abuse. Children with ADHD who are not given stimulant drugs are more likely to develop problems with drug abuse and dependency than those who are, perhaps because they have to turn to illegal stimulants on which they can become hooked to get relief from their symptoms. So improving diagnosis and treatment among people with poor access to mental health services is important, Volkow argues.

Meanwhile, the long-term effects of giving prescription stimulants to healthy people remain largely unknown. Kroutil’s team asked illicit users whether the drugs were interfering with various aspects of their lives. On this basis, the researchers estimated that about 10 per cent were having problems with dependency.

Volkow fears that problems with dependency may be more widespread. There are also hints that taking stimulants may lead to abuse of other drugs. Some studies suggest that exposing juvenile animals to stimulants makes them less likely to self-administer drugs such as cocaine when they are offered the drugs as adults, but other studies indicate the opposite. What is needed, says Volkow, are long-term follow-up studies on people who do not have ADHD and who have taken stimulants such as methylphenidate. In the meantime, she wants medical associations to take a stronger lead in educating doctors about the proper diagnosis and treatment of ADHD.

William Carlezon of Harvard Medical School agrees. He has studied the drugs’ effects in animals and believes that they do have some lasting effect on the brain, even if its exact nature is not yet known. “Stimulant drugs leave molecular signatures on the brain, and we have to be very careful,” he says. “Diagnosis needs to be taken less lightly.”