How Amphetamine Abuse Leads to Addiction

Amphetamine drugs come in prescription as well as illegal forms. Some of the more commonly known amphetamines include:

Whether legal or not, these drugs produce the same effects, especially when a person engages in amphetamine abuse practices. 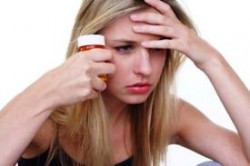 It is important to understand how addiction can develop from taking amphetamines.

With continued use, receptor sites lose their ability to secrete needed neurotransmitter chemicals. In effect, these sites become over-stimulated which works to weaken their overall functional capacity, according to Semel Institute. As a result, more of the drug is needed in order for cell sites to operate normally.

This cycle continues for as long as a person engages in amphetamine abuse. Meanwhile, brain cell structures undergo considerable damage making it all the more difficult to control drug intake amounts.

According to the University of Maryland, ongoing amphetamine abuse will eventually place the brain and body in a drug dependent state. As tolerance levels continue to rise, brain functions become increasingly dependent on amphetamine effects.

At this point, users enter a “binge and crash” cycle. Bingeing entails consuming large quantities of amphetamines within a short time period. Once the drug’s effects wear off, users “crash” meaning they sleep for days on end only to wake up craving more of the drug. This level of amphetamine abuse can cause permanent brain damage to develop.

Amphetamine abuse creates a progressive state of chemical imbalance throughout the brain and central nervous system. Even slight chemical imbalances can offset any number of essential brain functions. With long-term drug use, a person’s entire psychological make-up becomes affected.

Chemical imbalances disrupt the brain’s cognitive and emotional processes and also “rewires” the brain’s reward system, which dictates a person’s motivations and drives. These combined effects take the form of destructive behavior patterns that gradually impair a person’s ability to meet daily obligations and responsibilities.

Over time, users will start to neglect work and family responsibilities in favor of obtaining and using amphetamines. At this point, addiction is working at full force.