ADHD medications have become quite popular among the college crowd and career-driven individuals in general. While these drugs are formulated to treat ADHD and other conditions, they’ve also developed a reputation as “performance-enhancing” drugs, which is not an intended use for these medications.

Ritalin and Adderall, two of the most commonly used ADHD drugs work well as treatment drugs, but also carry a high potential for drug abuse and addiction. When used for performance-enhancing purposes, Ritalin vs. Adderall addiction risks run neck-and-neck in terms of the range of problems these drugs can cause in a person’s life.

If you’re struggling with Ritalin or Adderall abuse and need treatment help, please feel free to call our toll-free helpline at 800-768-8728(Who Answers?).

As one of the first medications approved as an ADHD treatment, Ritalin contains a single ingredient known as methylphenidate, a psychostimulant drug. Adderall, also a popular ADHD medication, contains amphetamine salts as its active ingredient.

Besides these differences, Ritalin vs. Adderall both speed up chemical activities throughout the brain and central nervous system, according to the journal of Molecular Psychiatry. These effects can spell grave consequences when abused on a frequent basis. 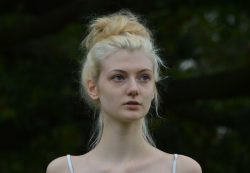 Both Ritalin and Adderall carry a high risk for abuse and addiction.

Even in cases where two drugs produce similar effects, a drug’s duration of effects can affect its addiction potential. Ritalin vs. Adderall drug durations vary slightly, with Adderall effects lasting slightly longer than Ritalin. That being so, both drugs come in immediate and extended-release forms, so the real difference lies in whether a person abuses the immediate-release or extended-release version.

Short-release formulations tend to be more concentrated, ingredient-wise, meaning the “high” is more intense. An intense “high” coupled with a short duration of effects incites users to abuse the drug more often than with an extended-release drug.

Before long, the compulsive drug using behaviors that characterize addiction start to develop.

Stress not only acts as a catalyst for drug-using behavior, but also a driver of continued drug use, according to the U. S. National Library of Medicine. What makes a drug addictive lies in its ability to alter the brain’s reward system functions, a system that helps regulate a person’s ability to manage stress.

With Ritalin vs. Adderall, both drugs disrupt reward system functions through their ability to stimulate dopamine and norepinephrine production. Both chemicals play a central role in regulating the body’s stress response so.

This means, it’s only a matter of time before a person becomes totally dependent on Ritalin or Adderall to cope with stress. For career-driven individuals, this can be a recipe for disaster.

As a group, prescription amphetamines trigger a cycle of physical and behavioral responses when abused:

These conditions only intensify with continued drug use. As a result, users gradually lose the ability to control their usage amounts and addiction risk increases, regardless of any differences between Ritalin vs. Adderall.

If you or someone you know needs help finding a drug treatment program, we can help. Call our helpline at 800-768-8728(Who Answers?) to ask about available treatment options.