Amphetamines encompass a class of drugs that work by stimulating the central nervous system. Some of the most commonly used amphetamines include:

For medicinal purposes, amphetamines may be prescribed to treat narcolepsy as well as attention-deficit hyperactivity disorder. When taken as prescribed the risk of developing amphetamine addiction signs remains fairly low.

When used for recreational or non-prescription purposes, it won’t take long before amphetamine addiction signs start to surface, according to Semel Institute. For people with hectic lifestyles, such as students, career-driven individuals and even homemakers, amphetamines offer a temporary boost in energy, motivation and mood.

While this may seem harmless enough at the outset, ongoing use of amphetamines takes users on a downward spiral towards physical and psychological dysfunction. If you suspect you or someone you know may be developing amphetamine addiction signs, here are a few symptoms to watch out for: 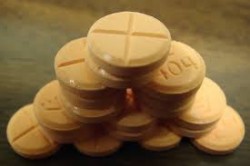 Developing a tolerance to amphetamines is a sign of addiction.

Amphetamines stimulate dopamine, norepinephrine and serotonin neurotransmitter secretions in the brain. These chemicals play a pivotal role in regulating mood, cognition, metabolism rate as well as a host of other functions.

With ongoing use, the brain cell receptors that secrete these chemicals start to wear down from overuse. Over time, amphetamine addiction signs, such as fatigue, lethargy and exhaustion develop as these essential chemical processes start to breakdown.

Much like the body craves food and water, the brain’s reward system starts to trigger cravings for amphetamines, according to the National Institute on Drug Abuse. With ongoing use, drug cravings grow progressively worse. This amphetamine addiction sign becomes one of the driving forces that turns a recreational drug user into an addict.

Long-term amphetamine use eventually weakens brain cell receptor sites making them less sensitive to the drug’s effects. This means the usual dose of amphetamines will no longer produce the expected energy surge, sense of confidence and motivation it usually does.

More oftentimes than not, a person will start taking larger doses in order to experience the same desired effects. As with many of the amphetamine addiction signs, increasing tolerance levels turns into a vicious cycle. The weaker brain cells get the higher a person’s tolerance level goes, the larger the dosage amount gets.

While drug cravings and tolerance level increases can definitely make it difficult to cut back or stop using, the decision to do so has more to do with a person’s ability to follow through than anything else. As far as telltale amphetamine addiction signs go, this one is a prime indicator of out-of-control drug use. Once users lose the ability to regulate their drug intake, addiction has taken hold.