As one of the most addictive drugs of all time, cocaine attacks the brain and body like no other drug. Casual cocaine use can quickly turn into a daily habit without a person even realizing it. From there, the effects of the drug snowball out of control to the point where cocaine addiction takes shape and takes over.

To add insult to injury, the much sought after “high” effects of the drug start to fade over time leaving users chasing a drug experience that can no longer be obtained. This course of diminishing returns has little to no effect on the addiction aspect as users continue to engage in compulsive drug use. Under these conditions, the need for cocaine addiction treatment is dire as continued drug use sets the stage for serious health problems to develop.

The Mechanism of Cocaine Addiction

Cocaine works in much the same way as any addictive substance, altering the brain’s chemical processes in harmful ways. A cocaine “high” develops out of the surge of neurotransmitter chemicals that enter brain as the drug forces certain brain cell receptor sites to increase their chemical secretions. Neurotransmitters most affected include dopamine, serotonin and norepinephrine.

At the outset, repeated surges in chemical levels place a considerable strain on brain cell structures, making them less sensitive to cocaine’s effects over time. This change in sensitivity sets the stage for physical dependency to develop as cells come to require cocaine’s effects to produce needed neurotransmitter supplies. Before long, the brain becomes a chemically imbalanced environment, which impairs its ability to regulate brain and body processes. 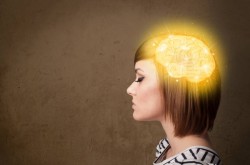 Cocaine causes an increase in the secretion of neurotransmitters such as dopamine and serotonin.

According to Bryn Mawr College, this drug’s effects on dopamine production rates play a central role in the makings of a cocaine addiction. In effect, dopamine surges and dopamine level imbalances offset the brain’s reward pathway, a critical region that regulates thinking, emotional responses and ultimately dictates a person’s priorities and motivations from day to day.

Cocaine addiction takes hold as the brain reward system becomes dependent on the drug’s effects. With continued drug use, these developments cause a person’s belief systems and behaviors to center on getting and using the drug as other life priorities and responsibilities fall by the wayside.

As cocaine addiction takes hold, the drug has a two-pronged effect on the brain reward system. Even though the “high” effect continues to grow weaker, a person’s compulsion to get and use the drug continues to intensify. So someone who’s used cocaine on a long-term basis still anticipates the intense “high” experienced when he or she first tried the drug even as the drug’s effects grow weaker with continued use. According to the National Institute on Drug Abuse, this state of diminishing returns only works to aggravate compulsive drug-using urges, and in the process strengthens addiction-based urges.

In the absence of needed treatment help, cocaine’s effects all but eat away at the brain, which compromises the body’s health and the mind’s ability to cope with everyday living. If you or someone you know struggles with cocaine addiction and have more questions, please feel free to call our toll-free helpline at 800-768-8728(Who Answers?) to speak with one of our addictions specialists.