People may not be aware of it, but there are actual amphetamines prescribed by doctors. And, because these drugs are granted a sort of legitimacy from their association with the medical field, people wonder if these medications fall into the category of stimulants.

The answer to that questions is yes.

Amphetamine is, in fact, the name for a group of synthetic psychoactive medications considered central nervous system stimulants.

Amphetamine has been considered a Schedule II drug by the Drug Enforcement Agency since 1971. This means it has “a high potential for abuse, with use potentially leading to severe psychological or physical dependence.” However, despite the dangers associated with it, it has been determined that the benefits it provides outweigh the risk.

This doesn’t mean that amphetamine is safe. Many people find themselves using it non-medically over time and this develops into dependence and addiction. People who find themselves coping with the difficulty of a substance use disorder need to seek professional treatment.

Amphetamines are prescribed for obesity, narcolepsy, and attention deficit hyperactivity disorder. Examples of prescription amphetamines include:

Initially, when German chemist L. Edeleano first synthesized amphetamine in 1887, the stimulant effects were not observed. According to the Center for Substance Abuse Research, it was not until the 1930s that the central nervous system and respiratory stimulant properties were put to use in Benzedrine, an inhaler used to alleviate nasal congestion.

During the 1930s, amphetamine was used to treat several conditions, including:

Medical professional relied heavily upon the stimulant because it offered long lasting effects at a low price point and because professionals claimed it had no risk of addiction.

During World War II, the military in several nations was using amphetamine for its stimulant qualities. Soldiers and others were being given the drug to increase endurance and alertness and to improve mood.

Prescription Amphetamine: The Effects on the Brain

The stimulant effects of prescription amphetamine are the result of its function on the brain. When the medication is used, nerve endings in the brain release neurotransmitters dopamine and norepinephrine and they prevent them from being picked back up again to be reused. This causes a flooding of neurotransmitters on the synapses of the brain.

This buildup activates nerve cells in the spinal cord and brain and that improve mental focus, the ability to concentrate, the ability to stay awake. It is for this reason that the drug is so helpful with narcolepsy and hyperactivity disorder.

The function of amphetamine is very similar to another stimulant: cocaine. However, an amphetamine dose lasts for hours while cocaine effects dissipate in less than an hour.

In addition to its impact on wakefulness and concentration, amphetamine produces a score of other side effects, including: 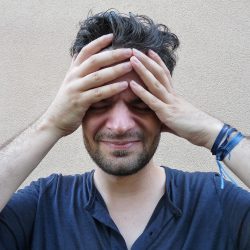 Prescription amphetamines can cause headaches and nausea.

When used in accordance with a doctor’s instructions, it is perfectly safe to use amphetamine. However, many users find themselves transitioning into nonmedical use, which includes:

Moving into this sort of nonmedical use can lead to tolerance, which leads to larger doses. Before long, withdrawal symptoms kick in when the user isn’t taking the medication. Not long after, full-blown addiction is in place.

You don’t have to fight amphetamine addiction on your own. If you know that you have a problem, get the help that you deserve. Call 800-768-8728(Who Answers?) and speak to an understanding expert who can answer all your questions. There is no need to wait; call now.