What is the Amphetamine Speed?

The amphetamine speed is actually a “slang” name for the entire class of drugs known as amphetamines. All amphetamines, whether legal or illegal, activate chemical processes throughout the brain and body and so “speed up” most every bodily function.

Amphetamine speed effects can cause serious damage to brain and body processes when used over long periods of time. The brain, in particular undergoes considerable strain with each successive dose of the drug.

Amphetamine Speed Effects in the Brain 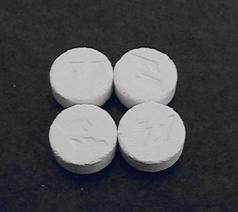 Speed is an amphetamine based street drug.

In effect, these drugs stimulate chemical secretions at key brain cell receptor sites while preventing cell sites from reabsorbing or recycling excess dopamine amounts. These processes account for the effects users experience when taking these drugs.

With ongoing use, amphetamines over-exert brain cell sites to the point where they start to weaken in overall effectiveness. Over time, the brain comes to rely on amphetamine effects to stimulate dopamine secretions on an ongoing basis.

Amphetamine speed effects carry a high abuse potential due to the damage these drugs cause to vital brain structures. In general, amphetamines produce a short-term “high” that recreational users try to maintain by taking larger doses at frequent intervals. Also known as bingeing, these practices weaken brain cell functions at an exponential rate.

The weaker brain cells get the larger the dose needed to produce the desired effect. These interactions between amphetamines and the brain make for a dangerous abuse potential that greatly increases the likelihood of addiction.