A person going through Amphetamine detox will have both physical and psychological withdrawal symptoms. The physical symptoms tend to cease within the first week whereas the psychological symptoms are more persistent and will hang around longer, sometimes for years. Being that amphetamines are highly addictive it is important for a person to understand that they may need additional help when they decide to come off of the drug.

According to www.meth.org.au, the time line for withdrawals symptoms are typically as follows:

Days 7-28: Most symptoms start to settle down but some people still experience mood swings, anxiety, insomnia, depression, drug cravings and lack of energy. 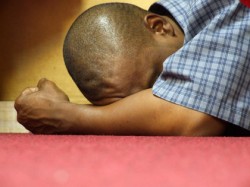 Amphetamine detox comes with a great deal of risks.

Depression is one of the hardest parts of amphetamine withdrawal because it can last a very long time after a person has come clean from the drug. The reason behind this is that amphetamines affect a person’s dopamine and serotonin levels. These are the chemicals that the brain releases when a person feels very happy or excited.

People enjoy the effects of amphetamines because they feel energized, alert, and excessively happy when they are on the drug due to the increases of serotonin and dopamine in the brain.

When a person uses amphetamines for long periods of time in their life, their brain will no longer be able to produce healthy amounts of dopamine and serotonin. This will eventually heal but it will take time to get back to normal and during this time frame a person will not feel as happy or energetic as they once were.

Due to depression being a major component in an amphetamine detox, a person should seek out professional help when detoxing so that they can be introduced to new ways of finding happiness and be able to talk to a person about their feelings and hardships while dealing with the detox process. A person could greatly benefit from behavioral therapy when detoxing from amphetamine and may want to consider doing therapy for at least a year after they have completely detoxed from the drug. This way they will be less likely to revert back to taking the drug because they can now deal with their feelings and depression in a healthy manner through therapeutic techniques administered by a behavioral therapist or psychiatrist. Therapy has been proven to help people going through amphetamine detox with their withdrawals and also help people stay clean off of the drug after they have completely detoxed from the drug.