10 Signs of Amphetamine Use You May be Overlooking

Amphetamines offer a range of therapeutic benefits for people struggling with conditions involving ADHD, narcolepsy and obesity. As central nervous system stimulants, amphetamine drugs work to correct for the brain chemical imbalances that underlie these conditions.

For people not affected by these conditions, amphetamines produce certain effects that may seem beneficial at first, but over time create a range of health problems, both physical and psychological. Signs of amphetamine use may develop slowly or quickly depending on how often a person uses the drug and the dosage amounts taken.

Here are 10 signs of amphetamine use you may be overlooking.

When used on a frequent basis, signs of amphetamine use first appear as increasing tolerance levels. Tolerance level increases result from amphetamine’s ability to stimulate neurotransmitter production, and in the process overwork brain cell sites.

Before long, cells develop structural damage making them less responsive to amphetamine effects. Consequently, users must take increasingly larger doses to experience the drug’s desired effects. According to the University of California Irvine School of Medicine, this sign of amphetamine use becomes the driving force behind all the others.

Over time, the brain’s increasing tolerance for amphetamine interferes with its ability to produce neurotransmitter chemicals when needed. The brain rather cuts back on its normal chemical output in response to amphetamine’s effects.

With continued drug use, signs of amphetamine use take the form of physical dependency, where brain chemical processes can’t function normally without the drug’s effects. Physical dependency marks the start of the abuse cycle, which only worsens in severity with ongoing drug use.

Someone who uses amphetamines on a regular basis may have trouble picking up on initial symptoms of withdrawal as signs of amphetamine use can develop gradually. Withdrawal effects develop in response to weakening brain cell functions as the brain loses its ability to regulate bodily processes as usual. 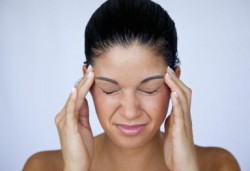 Chronic fatigue and headache are possible signs of amphetamine abuse.

As dopamine and norepinephrine play critical roles in regulating a range of central nervous system functions, withdrawal signs of amphetamine use may take the form of:

From a big picture perspective, signs of amphetamine use feed into one another creating a never-ending cycle of drug abuse. Bingeing develops out of the brain’s increasing tolerance levels, where users reach point of having to ingest multiple drug doses at a time in order to experience the drug’s effects.

Consequently, users stand to experience excruciating withdrawal symptoms if “needed” amounts of the drug are withheld. At this point, the brain has become totally dependent on amphetamine to produce neurotransmitter materials.

In general, amphetamines speed up the body’s chemical processes, which increase a person’s:

By the time a person starts engaging in bingeing behaviors, amphetamine effects have all but ravaged the body’s major systems leaving a person in a state of exhaustion for much of the time. After a binge episode, it’s not uncommon for a person to sleep for hours on end, sometimes for days. This sign of amphetamine use is known as “crashing.”

Ongoing amphetamine abuse has a lasting impact on a person’s emotional stability as brain chemical imbalances grow more severe. In effect, amphetamines eat away at brain cells over time.

After a certain point, users start to experience ongoing emotional turmoil. Even when bingeing, feelings of emotional distress persist as the brain’s supply of neurotransmitter chemicals becomes depleted.

With this sign of amphetamine use, users experience the following symptoms:

Signs of amphetamine use take a dangerous turn once the drug’s effects start to impair the body’s cardiovascular functions. With ongoing elevated heart rates, the cardiovascular system undergoes considerable wear and tear over time, according to the U. S. Food & Drug Administration.

The damaging effects of amphetamines on the brain eventually cause structural damage within the frontal lobe areas. After so many weeks or months of amphetamine abuse, users start to experience significant decline in cognitive functioning.

This sign of amphetamine use produces the following effects:

Once amphetamine effects take over this area of the brain, users become psychologically dependent on the drug’s effects, meaning they need the drug in order to cope with daily life stressors. This sign of amphetamine use marks a major turning point in a person’s overall lifestyle.

Once psychological dependency sets in, addiction has taken hold of a person’s life. At this point, it becomes extremely difficult to spot signs of amphetamine use once the addiction mindset takes over. In effect, a person will deny he or she has a problem with amphetamines in spite of the negative consequences drug abuse brings.

Considering how aggressively amphetamines attack the brain, the sooner you can spot signs of amphetamine use the better, as these drugs can quickly destroy a person’s life.