Why do Athletes take Illegal Amphetamines?

There is nothing new about athletes using performance enhancing drugs to win games and do better at their sport. Now that steroids are easily detectable in the bloodstream and testing is mandatory for professional athletes, they have found a new way to enhance performance and try to gain an edge against their opponents. According to the National Institute on Drug Abuse, this new way is through amphetamines, many of them legal treatments for Attention Deficit Hyperactivity Disorder.

How do Athletes use Amphetamines

Athletes take amphetamines by mouth before a game, match, or other event. Most amphetamines peak between one to two hours after ingestion but they start to feel the effects within around 30 minutes. This allows them to start playing at normal performance and then move into an enhanced performance. Some athletes spend a considerable amount of time and effort trying to figure out the best time to take the amphetamine. This is to make sure their performance levels do not wane and to make sure the enhancement is undetectable by suddenly performing better.

One of the reasons why athletes choose to take both legal and illegal amphetamines is due to the enhanced emotional response. Most people do not automatically think about this effect when considering it for athletic use. Some of the beneficial emotions that amphetamines provoke during an athletic competition are:

This emotional response is supposed to increase performance but it does not. The false overconfidence and other emotional responses cause mistakes, penalties, and other adverse effects. This may cause the opposite effect that the person taking the amphetamines intended. It can cause someone to lose a competition instead of winning it. 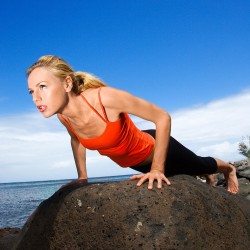 Some athletes use amphetamines to lose weight.

The increased physical responses are one of the major reasons why athletes take amphetamines. Amphetamines are known to increase:

One of the main uses of amphetamines in both athletes and others is for weight loss. In some sports weight matters, these sports are:

With weight being such a factor in each of these activities, it is easy to see why people turn to an amphetamine to keep their weight under maximum guidelines. Most people who use amphetamines for weight loss quickly find themselves addicted to it. They are both physically dependent on it and still need it to keep their weight down.

With their metabolism jacked up, the athlete eats more. They get used to having the calories in their body. This causes them to need to keep taking the amphetamines to maintain their weight.

If you find yourself or someone you know dependent on amphetamines for athletic performance, there is help. For more information give us a call at 800-768-8728(Who Answers?).