Amphetamines drugs, once used to treat a wide range of conditions, have become a cautiously prescribed treatment for a handful of conditions. The effects of amphetamines can take a toll on brain chemical processes over time. For this reason, accepted uses of amphetamine drugs come with certain risks.

Amphetamines drugs can take different forms depending on each drug’s particular chemical make-up. Both prescription and over-the-counter varieties work in the same way, but are formulated to produce different effects.

As amphetamines in general act as stimulant drugs, users can run into unexpected problems when taken for nonmedical purposes. Ultimately, there are drawbacks to taking amphetamine drugs in spite of any potential medical benefits they have to offer.

For most people, amphetamine effects appear as:

Interestingly enough, amphetamines and cocaine produce similar effects though amphetamine effects can last considerably longer than cocaine’s. Whether taken on a prescription basis or used for recreational purposes, the longer a person uses these drugs the more the potential for abuse and addiction.

Amphetamines can produce different effects depending on the chemical make-up of a person’s brain. Likewise, certain psychological and physical disorders create chemical imbalances that amphetamine drugs can correct under the right circumstances.

According to the National Highway Traffic Safety Administration, accepted medical uses for amphetamines include: 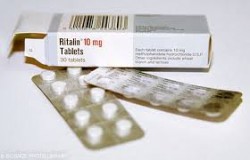 When taken for unapproved uses amphetamines can be dangerous.

These drugs are formulated to treat conditions involving narcolepsy, ADD and ADHD.

These drugs are commonly sold as decongestants, appetite suppressants and energy boosters.

While legal amphetamines do have accepted medical uses, their recreational use all but diminishes any medicinal benefits any one drug may have.

Compared to other drug types, such as opiates, sedatives and hallucinogens, amphetamines exist as one of the most addictive drugs on the market. For these reasons, many in the medical field question the actual medicinal benefits offered by amphetamines in light of their harmful side effects.