3 Reasons to Not Take Adderall While Pregnant

As one of the more powerful amphetamine-based drugs, Adderall packs a powerful punch in terms of its ability to alter the brain’s chemical processes. These effects warrant a certain degree of caution, especially when taking Adderall while pregnant.

Whether used for treatment or non-treatment purposes, Adderall exerts certain key effects that can be particularly detrimental for a pregnant woman as well as for a developing fetus. If you or someone you know is taking or considering taking Adderall while pregnant, understanding how this drug works can help you make an informed decision for the health of yourself and your baby.

If you need information on Adderall abuse treatment options, call our toll-free helpline at 800-768-8728(Who Answers?).

Adderall as a Treatment vs. Adderall Abuse

People affected by ADHD have certain brain chemical imbalances that can be corrected by Adderall’s effects. For people who don’t have ADHD, the effects of Adderall can actually cause serious physical and psychological problems.

According to the journal of Molecular Psychiatry, Adderall abuse practices set a cycle of changes in motion that interfere with the brain’s ability function normally. Changes to expect include: 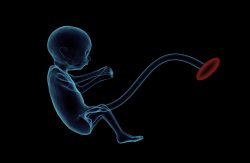 In effect, abusing Adderall while pregnant can potentially compound these effects, while at the same time endangering the mother and the fetus.

Reasons Not to Use Adderall While Pregnant

Like all amphetamine-based drugs, Adderall stimulates or speeds up central nervous system functions through its effects on neurotransmitter process in the brain. According to Texas A & M University Health Science Center, bodily systems most affected include:

Over time, these effects start to change how the brain works in critical ways. Before long, the brain can no longer regulate bodily functions as normal without Adderall’s effects.

These developments can cause real problems for women who take Adderall while pregnant.

Adderall’s effects on the body’s circulatory system in particular can have a range of harmful effects on a developing fetus. In effect, this drug speeds up circulation rates, so someone taking Adderall while pregnant can easily develop high blood pressure.

The body’s blood supply also transports oxygen and vital nutrients, so any interference with this process can endanger fetal health and development. Other potential problems that can develop include:

Like its effects on circulation, Adderall also speeds up the body’s metabolism rates. When used or abused on a regular basis, increased metabolism rates can interfere with the digestive system in terms of its ability to absorb nutrients from food materials.

Considering the different stages of fetal development, a woman’s metabolism rates fluctuate considerably throughout the pregnancy. Under these conditions, the effects from taking Adderall while pregnant can greatly impair the body’s ability to deliver needed nutrient supplies to a growing fetus.

Please don’t hesitate to call our helpline at 800-768-8728(Who Answers?) if you need help finding a treatment program that meets your needs.