Adderall Grows Up: What Happens in Adulthood to the Kids Who Were on Adderall?

Most of us may assume that ADHD is a childhood disorder that is simply outgrown, and along with it the need for the drugs. But it turns out that Adderall is highly addictive because it’s a stimulant medication in the amphetamine family of drugs. Some teens have trouble weaning off of Adderall in early adulthood. Still other people begin taking it for a variety of reasons in adulthood. Adderall addiction treatment is the best way out of the situation.

It’s easy to understand why young adults may find it difficult to stop taking Adderall. Students who used ADHD medication to focus on their school work often need that ongoing assistance with the greater intellectual challenges of college. Then, the cycle often continues well into the first years of getting established in a career.

When the only way a student has ever known how to get through school is with stimulant drugs, they will find it difficult to know how to excel without them. Both physical and psychological addiction contributes to the long-term dependence on these drugs. 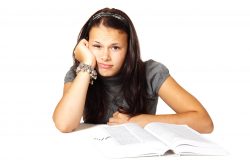 Once dependent on Adderall, it’s difficult to focus without it.

You only have to glance at the Starbucks on every corner to discover that millions of people are dependent on substances to give them a boost of energy. Most of us need a little help getting through the day. Caffeine is legal and is more socially acceptable than speed or crystal meth. Prescription stimulant medications like Adderall and Ritalin seem like a middle ground. But much like prescription opioids, which also have a legitimate use, stimulants can be easily abused as well.

According to the National Institute on Drug Abuse, nearly 7 percent of adults who are not in college are using Adderall without medical supervision. This recreational use can be for a variety of reasons, ranging from improved focus on work to appetite suppression.

A well-known side effect of Adderall is that it causes users to lose their appetite. Not surprisingly, this usually results in weight loss. Losing weight through diet and exercise is effective but some people get frustrated with how long it can take. Stimulant medication such as Adderall is a shortcut that can help people lose weight more easily. This makes it particularly popular with adult women.

However, relying on Adderall and other stimulant medication to lose weight can be dangerous. Stimulants have serious side effects. According to the journal Paediatrics and Child Health, misuse of stimulants can cause cardiac problems, psychosis and even sudden death.

In addition, the above study found that the performance improvements attributed to Adderall and other similar medications have been overstated. Stimulant medications may not have a significant improvement on cognitive performance. These medications also do not seem to enhance athletic performance but do increase the risk of serious cardiac reactions in athletes.

Effects of Long-Term Adderall Use

Although Adderall and other stimulant drugs can be safe when used as prescribed by a doctor, these drugs can become dangerous when abused. According to the National Institute on Drug Abuse, stimulants can alter the production of dopamine in the brain when the drugs are taken in excess of how they’re prescribed.

Long-term, regular use of Adderall and other stimulants can also cause sleep problems, fatigue and depression. Many people experience withdrawal symptoms when they try to stop taking Adderall on their own.

If you’re dependent on Adderall or other prescription stimulants, you will be glad to know that you can still have a productive life without the drugs. Call our helpful hotline today at 800-768-8728(Who Answers?) and talk to us about Adderall addiction treatment.