Adderall is a legal prescription drug that has combined ingredients of amphetamine and dextroamphetamine, which are both dangerous and addictive for a person to take if they are not prescribed the medication. Adderall is usually prescribed to help people who have narcolepsy, because the drug will keep them awake, or attention deficit hyperactivity disorder (ADHD) because Adderall will help a person concentrate.

Being that amphetamine is the main ingredient in Adderall a person abusing Adderall or taking the drug illegally will experience Adderall addiction withdrawal once they run out of the drug, and the withdrawal symptoms for Adderall are both mentally and physically draining to a person’s body.

According to www.adderall.net, once addicted, a person will find that stopping is more easily said than done. Rates of relapse, even after treatment, are very high. One of the biggest reasons is the fear of drug withdrawal. Take it away and there is a violent physical reaction. Without the drug, the addict may develop severe depression and a drug craving so powerful that they will do almost anything, including commit violent crimes, to get more of the drug.

Adderall will impact a person’s brain chemicals which in return can cause mental ailments to occur once a person stops using the drug. When a person stops taking Adderall after they have been addicted to using the drug for a certain period of time, their body will go through physical and psychological withdrawals of the drug. 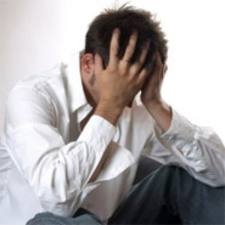 Along with physical symptoms, Adderall withdrawal can cause anxiety, insomnia, and rapid mood swings.

Although the withdrawal symptoms for Adderall are hard for many people to fathom, the addiction of the drug will create more devastating problems to arise in a person’s life if they continue to take it.

Adderall addiction withdrawal can be painful and can be very difficult for a person to stick with without relapsing; this is why receiving help from an Adderall rehab facility should be considered when a person decides to stop taking the mood altering drug. There are numerous Adderall treatment facilities available to people who wish to lead a drug free life from Adderall. A person should consult with their health care provider or contact a drug abuse hotline to talk about their treatment options for their Adderall addiction.