How Long Does Adderall Withdrawal Last?

Adderall, a prescription amphetamine drug, can be just as addictive as any other amphetamine when taken for nonmedical purposes. This drug is commonly used to treat conditions involving ADHD/ADD, narcolepsy and obesity. When taken as prescribed, addiction risks remain low.

Amphetamines belong to the stimulant class of drugs, known for their “speed-like” effects on the brain and central nervous system. When compared to other stimulant drugs like cocaine, Adderall produces similar effects, according to the University of Southern California.

Adderall withdrawal durations can vary depending on:

Unfortunately, these effects only last for a week at the most before Adderall withdrawal effects start to kick in. With each dose of the drug, brain cell sites secrete large amounts of neurotransmitter chemicals. After so long, these cells start to deteriorate from overstimulation. 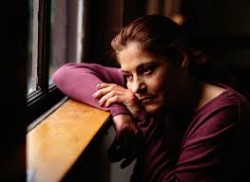 You can get help and treatment to overcome withdrawal.

Adderall withdrawal symptoms can vary depending on the areas of the brain most affected by the drug. People who are in poor health to begin with will likely experience a wider range of symptoms.

According to the National Library of Medicine, withdrawal symptoms develop as brain cell functions lose their ability to regulate bodily processes. At this point, a person will start to experience:

Compared to the initial effects of the drug, withdrawal brings on an opposite set of symptoms. In general, the longer a person’s uses the drug the more intense withdrawal symptoms become.

Factors affecting Adderall withdrawal duration rest upon a person’s tolerance level for the drug and the degree of physical dependency at work.

Dosage amounts and frequency of use also affect withdrawal duration. The larger the dose the quicker tolerance levels rise. The more often a person uses the more dependent the brain becomes.

As a general rule, the larger the doses, the more often it’s used and the length of time a person has used determines how long Adderall withdrawal will last. People who’ve taken large dosage amounts on a frequent basis for months at a time can expect to see withdrawal effects last anywhere from a few weeks to a few months.

People who take small doses on a random basis may only experience withdrawal for a couple weeks or longer depending on their overall health. More oftentimes than not, the psychological symptoms of withdrawal, such as depression and anxiety feelings will last the longest.