Symptoms of Adderall Use

Adderall’s classification as a prescription medication has done little to stop the widespread abuse of this drug. As one of a handful of prescription amphetamine medications, Adderall speeds up bodily processes through its effects on the brain and central nervous system.

In 2013, an estimated 250,000 to 300,000 people struggled with amphetamine addictions in the United States, according to Dartmouth College. Any drug capable of modifying brain and central nervous functions carries a very real abuse and addiction potential.

Adderall’s chemical interactions in the body have a cumulative effect that accounts for many of the symptoms of Adderall use a person experiences. In effect, ongoing abuse of the drug will bring on stages of abuse that eventually lead to addiction.

Adderall’s ability to target brain cell sites that produce norepinephrine and serotonin chemicals accounts for it stimulant effects. Normally, these chemical secretions take place on an as-needed basis. With each dose of Adderall, cell sites secrete large amounts of these chemicals. For the most part, these interactions drive the abuse and addiction process.

When taken in excess amounts, Adderall’s effects start to damage affected brain cell sites, according to the University of California Irvine School of Medicine. As damage progresses, a person will require larger doses of the drug to experience the same expected effects.

This process will continue for as a long as a person keeps using the drug. Likewise, symptoms of Adderall use will become more and more apparent over time.

Physical Symptoms of Adderall Use 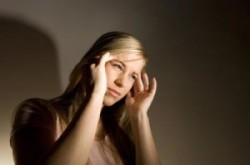 Consequently, physical symptoms of Adderall use can impair one or more of these functions. Symptoms may take the form of:

As Adderall continues to offset normal brain chemical processes, users may start to develop psychological problems as a result of the drug’s damaging effects. Psychological symptoms of Adderall use include:

Behavior-based symptoms of Adderall use typically start to appear when a person becomes psychologically dependent on the drug’s effects. At this point, the drug’s effects have altered the brain’s cognitive and emotional processes to the point where users believe they need the drug to make it through the day.

Behavior-based symptoms may include:

Once these symptoms start to take shape, a person has developed a full-blown addiction to the drug.