A good majority of amphetamine-based prescription drugs are formulated to treat conditions involving ADHD, narcolepsy and obesity. Vyvanse vs. Adderall exist as two of the most popular ADHD medications on the market.

When taken as prescribed, prescription amphetamines work well at helping ADHD sufferers function better in their day-to-day lives; however, these same drug effects can prove harmful and even dangerous for people who don’t have ADHD. That being so, amphetamines still produce certain desired effects for non-ADHD individuals, such as increased energy, feelings of confidence and feelings of euphoria.

Desirable as they may be, these effects can lead to addiction when abusing these drugs. Addiction risks can also exist when using prescription amphetamines for treatment purposes.

In terms of Vyvanse vs Adderall, the risk of addiction varies considerably due to how these drugs work in the body. After months or years of ongoing use, they’ll come a point where some form of treatment help is needed to overcome the addictive hold these drugs exert on the body and mind.

Call our toll-free helpline at 800-768-8728(Who Answers?) for information on amphetamine rehab treatment options. 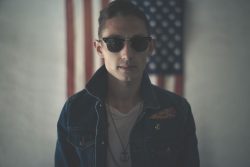 Both Vyvanse and Adderall have a high abuse potential.

Vyvanse vs. Adderall similarities lie in how they interact with the body’s central nervous system to produce their effects. These drugs work by stimulating dopamine and norepinephrine production, two chemicals that play major roles in regulating many of the body’s systems.

In effect, the longer a person keeps taking Vyvanse or Adderall, the greater the chance of developing pronounced chemical imbalances in the brain. According to Baylor University, once chemical imbalance takes root, the brain becomes increasingly dependent on the drug’s effects to regulate the body’s functions as normal.

This cycle of dependence only worsens over time to the point where it starts to affect the core areas of the brain responsible for thinking, emotion and behavior. In these respects, Vyvanse vs. Adderall share strong similarities.

Vyvanse vs Adderall differences become most apparent in their mechanisms of action.

With Vyvanse, the body has to actually breakdown the drug before it starts to work, according to the journal of Pharmacy & Therapeutics. In turn, Vyvanse produces time-released effects that last for up to 14 hours.

With Adderall, drug effects can take hold within one minute to one hour depending on how it’s ingested. Whereas Adderall can be snorted, smoked, injected or taken orally, Vyvanse will only work when its taken orally.

As an amphetamine-based substance, Adderall carries a high risk for addiction that’s comparable to cocaine. While Vyvanse may well be less addictive than Adderall, long-term use can still drive users to seek out stronger amphetamine-type drugs once the brain’s tolerance for Vyvanse reaches a certain point.

Ultimately, Vyvanse vs. Adderall addiction risks all work towards the same ends. As these drugs start to compromise brain functioning, the need for some form of treatment help becomes increasingly apparent with each passing day.

If you’ve been struggling with an amphetamine-type drug problem and are considering getting treatment help, call our helpline at 800-768-8728(Who Answers?) to ask about available treatment options.