Lisdexamphetamine Overdose What is it & How is it Treated?

According to the US National Library of Medicine and National Institutes of Health, Lisdexamphetamine is used in treatment programs to help a person manage symptoms of attention deficit hyperactivity disorder (ADHD). When a person has ADHD they have a difficult time focusing, controlling their actions, and remaining still or quiet than other people who are the same age.

Lisdexamphetamine can significantly help a person suffering from ADHD, by stimulating areas of their brain to help them stay focused and in control of their actions. Lisdexamphetamine is prescribed to a person in capsule form, and the amount of the drug prescribed is a safe amount for a person to take. However, when people abuse the drug they typically take more than the prescribed amounts, which can lead to numerous health problems.

About Lisdexamphetamine Overdose and Treatment 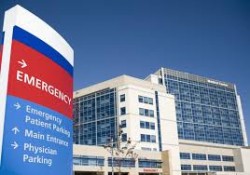 Overdosing on lisdexamfetamine requires immediate medical attention as it can cause seizures and cardiac arrest.

According to the US National Library of Medicine and National Institutes of Health, common side effects of Lisdexamphetamine include, dizziness, shortness of breath, jitters, headaches, weight loss, loss of appetite, nausea, vomiting, stomach pain, and not being able to fall asleep.

These side effects can occur in anybody who takes Lisdexamphetamine, even when legally prescribed to them. However, when a person abuses Lisdexamphetamine, they may accidentally take too much of the drug and have an overdose. A person who has taken too much Lisdexamphetamine will need to get medical help immediately, since the drug will put a great deal of strain on a their heart, making their chances of having a heart attack extremely high.

The effects of Lisdexamohetamine can last for hours, and if a person is experiencing a Lisdexamphetamine overdose, they may begin to have seizures in addition to the strain that is being put on their heart, this is why medical attention is a necessity. A hospital will be able to stabilize a person going through a Lisdexamphetamine overdose, and speed up the detox process of getting the drug out of their system.