Amphetamines are a group of drugs that act as central nervous system stimulants to speed up brain activity and other bodily functions. The most common amphetamine medications include amphetamines, dextroamphetamines, and levoamphetamines, which are prescribed for treatment of ADHD, narcolepsy, and obesity. Legitimate prescriptions for these medications are often diverted to the street and abused for their stimulating and euphoric properties or to enhance cognition and performance.

Another amphetamine is methamphetamine which is rarely prescribed because of health risks, but, this drug has become an epidemic problem and is made illegally in domestic and foreign super labs and trafficked on the street. Methamphetamine abuse can cause brain damage, psychiatric problems, and numerous physical impairments. It is known on the street as crystal, meth, and ice, and is often snorted, smoked, or injected. 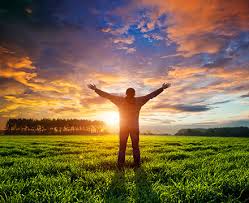 Amphetamines cause tolerance where more and more of the drug is needed to produce the desired effect and many amphetamine abusers will binge on the drugs for an extended amount of time, until they run out, or until they become extremely exhausted. The first symptom of withdrawals is fatigue because amphetamine abuse wreaks havoc on the body and the abuser may sleep for days. Extreme hunger or nausea, followed by agitation, depression, or anxiety tends to occur next, but, this depends on a number of factors including the physical and mental health of the abuser.

The acute symptoms of amphetamine withdrawals can last from 2-10 days but, some individuals take longer to stabilize physically and/or psychologically, especially for methamphetamine users. According to the National Institute on Drug Abuse, “In studies of chronic methamphetamine users, severe structural and functional changes have been found in areas of the brain associated with emotion and memory, which may account for many of the emotional and cognitive problems observed in these individuals.”

Cravings, depression, insomnia and other mental health problems can last weeks or months after the last dose of amphetamine drugs.