Stimulants cause a wide range of physical, neurological, and psychiatric effects that can make withdrawals exceptionally difficult, especially for those who engage in rapid delivery methods such as smoking or injection. The most widely abused stimulants are cocaine and crack cocaine, amphetamines, and methamphetamine.

Although relatively similar in some ways, stimulant withdrawals can be dramatically different depending on the drug used, the person, and the historical patterns of use and durations.

About Stimulant Withdrawal and Effects

Most stimulant withdrawals are the opposite of the pleasurable intoxication effects and depend on the stimulant influences and changes in the person’s brain functioning and structures and the impact on the various nervous systems in the body. According to the Substance Abuse and Mental Health Services Administration (SAMHSA)“The human nervous system is an elaborately wired communication system, and the brain is the control center.”

What is Stimulant Withdrawal Like in the Acute Phase?

There are two phases of stimulant withdrawal, the acute phase lasting up to 10 days and the protracted phase that can last for months with reoccurring symptoms over several years. 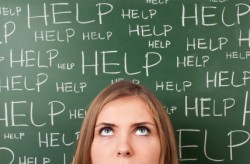 The acute phase of stimulant withdrawal can cause feelings of confusion, doubt, and insecurity.

In the acute phase, stimulant withdrawal is like being on an emotional roller coaster where everything the person sees, feels, thinks, or does, can become a “trigger” for relapse. It’s hard for them to imagine how detox, counseling, and treatment therapies can help with the situation.

The most common stimulant withdrawals during the acute phase are:

What is Stimulant Withdrawal Like in the Protracted Phase?

Many stimulant users may go weeks without using thinking that they have beaten the problem and are well on their way to remaining free from stimulant drugs only to experience cravings at the mere thought of a previous experience involving them or passing by a location where they used to use them. According to the SAMHSA, “High relapse rates are common in cocaine addiction even after physical withdrawal and abstinence have been achieved.”

Cravings are the most common symptoms in the protracted phase of any withdrawal involving a psychoactive drug, but, with stimulants, they are extremely powerful and basically, “hard-wired” into the brain. Any related stimuli or memory cue can cause cravings as powerful as the ones experienced in the earliest stages of stimulant withdrawals.