Is Amphetamine Addiction Treatment The Right Choice for Me?

Amphetamines, a group of synthetically made stimulant drugs, were first developed in the 1880s as remedies for obesity, nasal congestion and narcolepsy. According to the University of Rochester Medical Center, by the mid 1960s, access to amphetamines was restricted due to their high potential for addiction.

People affected by fatigue syndrome, narcolepsy, ADHD and even depression can benefit from prescription amphetamine medications. When misused, these drugs can cause serious mental and physical health problems. If you’re considering getting amphetamine addiction treatment, it’s likely you’ve experienced one or more problems in the course of taking these powerful stimulant drugs.

Amphetamines, methamphetamines and dextroamphetamines all belong to the amphetamine class of drugs. While legal, drugs such as Adderall and Ritalin can be just as harmful as illegal substances like crystal meth and ecstasy. 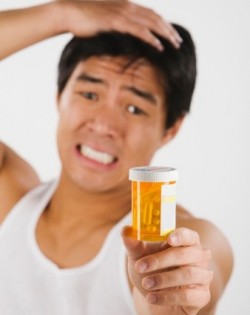 Amphetamine addiction gets to a point where you are no longer in control. Addiction treatment can help you!

As a group, amphetamines are known for their ability to:

According to the University of Maryland, these effects result from increased levels of dopamine neurotransmitter chemicals in the brain. Dopamine exists as one of three primary neurotransmitters, the other two being serotonin and norepinephrine.

With repeated use, amphetamine depletes needed dopamine chemicals and essentially warps the brain’s ability to function normally. This warping of brain function accounts for why so many addicts seek out amphetamine addiction treatment.

When abused, the potential for addiction exists for both legal and illegal amphetamine drugs. As brain functions deteriorate from ongoing use, brain cells become increasingly more dependent on the drug’s actions.

In effect, brain cells become weaker and so require larger doses of amphetamines to secrete needed dopamine amounts. Without the drug’s effects, processes normally regulated by the brain break down and cause users considerable discomfort. Without amphetamine addiction treatment, brain functions continue to deteriorate each time a person uses.

The Need for Amphetamine Addiction Treatment

Amphetamine effects on brain neurotransmitter functions create a self-perpetuating cycle of physical dependency and eventual psychological addiction, according to Dartmouth College. In time, the “need” for amphetamines overwhelms any desire a person may have to stop using.

Amphetamine addiction treatment programs enable addicts to overcome the drug’s effects while providing them with the types of coping strategies needed to break the addiction cycle.

The longer a person abuses amphetamines the more severe the addiction. Amphetamine addiction treatment programs offer different levels of treatment to address the different stages and severities of addiction.

The types of treatment levels offered include:

In effect, amphetamine addiction treatment is only necessary in cases where a person has made several failed attempts to stop using. This loss of control over using is a prime indicator of just how strong the addiction has become.