Various amphetamines facts may or may not be known to users. Most people who take amphetamines are aware of the boost in energy that comes with taking the drugs but have no clue about the dangers or the side effects of amphetamine use and the risks associated with amphetamine addiction.  Amphetamines are a class of drugs that are synthetic meaning that they are synthesized or created in a lab.  They cause a psychoactive effect on the Central Nervous System which results in a stimulant reaction.

Medications that contain amphetamines may be prescribed to help people who suffer from narcolepsy, obesity, ADD or ADHD.  Amphetamine molecules can be modified to produce specific bodily reactions such as appetite suppression or certain cardiovascular actions. Unfortunately, there is much controversy over whether the use of amphetamines for weight loss or to control certain behaviors associated with Attention Disorders is worth the dangerous side effects that come with sustained or repeat amphetamine use.  One thing that doctors do agree on in the successful treatment of narcolepsy with amphetamine based prescription medications.

Below is some information on amphetamines, facts that you may or may not have known: 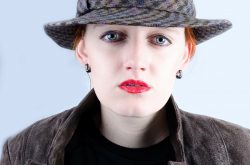