Probably the greatest danger that comes from mixing amphetamines and alcohol is the additional strain that is placed on the heart as a result of using these two substances.  Amphetamines cause a spike in the heartbeat and can cause arrhythmia or irregular heartbeat.  Alcohol causes a depressed heartbeat or a lowered rhythm.  Combining these two substances can lead to problems associated with an inability of the heart to control what it is doing; is the heartbeat going up or down?; is there a need to speed the process or slow the process?

When amphetamines are used in conjunction with alcohol the user is able to drink excessively and will often wind up overdrinking to the point in which alcohol poisoning is possible.  Mixing amphetamines and alcohol allows the user to experience a decreased effect from the alcohol consumption and could lead to a user not realizing that he or she drank as much as they really did.

Excessive doses of alcohol can lead to brain damage, coma and even death.  Alcohol is a depressant which means that when the user consumes alcohol there is a risk of: 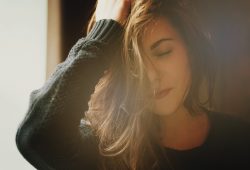 Consuming amphetamines and alcohol together increases your risk of overdose.

Symptoms of Withdrawal from Amphetamines and Alcohol

When the user begins to come down from amphetamine and alcohol use, the symptoms of withdrawal are often much greater than when only amphetamines or only alcohol are used.  Often times, the symptoms are much like those associated with mere amphetamine withdrawal but they are exaggerated significantly and may be much more uncomfortable or difficult to deal with.

Studies on Amphetamines and Alcohol

A study published in the March 2011 issue of Alcoholism: Clinical & Experimental Research found that:

moderate drinkers were found to engage in computer tasks in order to receive higher doses of amphetamine. This indicates that consuming moderate levels of alcohol may increase an individual’s vulnerability to the effects of stimulants like amphetamine.

The study focused on whether the use of amphetamines and alcohol causes an increase in the risk of amphetamine dependence.  This study also brought forth the question, for further research, as to whether,

drinking heavily might actually produce physiological changes in individuals that causes them to become more sensitive to the pleasurable effects of psychostimulant drugs, such as amphetamines.