The most common legal amphetamines include:

All of these drugs can be legally prescribed by a doctor for the treatment of various medical and psychological disorders.

Why are Legal Amphetamines Prescribed? 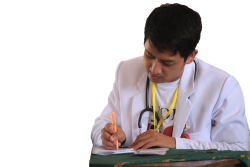 Legal amphetamines are most commonly prescribed for ADHD.

There are a number of different reasons why a doctor might prescribe legal amphetamines to a patient.

The most common uses of amphetamine containing drugs include:

What is Amphetamine Addiction?

Amphetamine addiction develops when the body develops a physical or psychological tolerance to the drug and actually depends on amphetamines as a means of “feeling” normal or to cope.  Amphetamine addiction can occur even when legal amphetamines are taken and even when they are taken as prescribed although the risk of addiction is much lower for those who take these drugs for a prescribed purpose and who do not stray from the doctor’s recommended use of the drugs.

Amphetamine addiction can lead to a number of physical and psychological side effects and long-term consequences including:

Various other side effects of amphetamines are also possible and due to the chemical changes that occur within the brain, amphetamine addiction is a lifelong problem that really never goes away even with treatment.

How do Legal Amphetamines Work?

Legal amphetamines work by producing a stimulant reaction in the brain that causes the release of adrenalin and other stress hormones called endorphins including epinephrine and norepinephrine.  Amphetamines cause changes in the way that the central nervous system reacts and sustained use can lead to an inability of the brain to produce the “pleasure” sensing neurotransmitters the way it once did.  As a result, the user may no longer feel happy or good unless he or she takes amphetamine; this effect is similar to the effects that those addicted to alcohol or cocaine feel.