According to the Cochrane Database of Systematic Reviews, “In clinical practice, medications for cocaine withdrawal are commonly used to manage amphetamine withdrawal, although the pharmacodynamic and pharmacokinetic properties of these two illicit substances are different.” Unfortunately, this is still done because no one medication has been found to be extremely beneficial for the treatment of the overall withdrawal syndrome associated with amphetamine dependence. Still, an individual can be given different types of medications depending on their symptoms and which pharmacological interventions are found to be most beneficial. 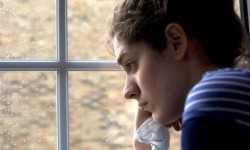 Amphetamine withdrawal can make you depressed.

Antidepressants are sometimes prescribed to individuals going through serious amphetamine withdrawal because the syndrome itself, like cocaine withdrawal, can cause serious depressive symptoms. Some patients even experience suicidal thoughts, and the lingering effects of this withdrawal syndrome can last a very long time. The Cochrane Library states that amineptine and mirtazapine have both been used in controlled trials to determine their effectiveness in treating amphetamine withdrawal, but that the latter was only found to be somewhat more beneficial than the former.

However, it is very important that an individual suffering from serious depression and who needs medication to minimize their symptoms not be denied this treatment as long as it does not counteract with other medications the individual is taking or cause other issues. In the case of opiate withdrawal, the National Library of Medicine states, “Antidepressants should NOT be withheld under the assumption that the depression is only related to withdrawal, and not a pre-existing condition” and this can apply to instances of amphetamine withdrawal as well.

In some serious cases, certain individuals who attend amphetamine withdrawal treatment may also be suffering from a serious psychosis caused by high amounts of stimulant abuse. In fact, according to the US Department of Veteran Affairs, “Psychosis is induced more commonly by amphetamine than by cocaine, perhaps because it is difficult to maintain high chronic levels of cocaine in the body.”

Neuroleptics, or antipsychotics, are sometimes used to treat patients who come in with high levels of psychosis and show symptoms of delirium, hallucinations, hostility, and other issues. This medication is only used when necessary, though, and while some individuals do not experience this issue during withdrawal, it is best that it is treated as safely as possible when it does occur.

Several other medications may be used in the treatment of amphetamine withdrawal when necessary such as:

Do You Want to Learn More about the Treatment Options for Amphetamine Withdrawal?

Call 800-768-8728(Who Answers?). We can answer any questions you may have about amphetamine dependence and its treatment as well as help you find a detox or rehab facility where you can begin your recovery process.