Amphetamine, the drug, dates back to its early development in the 1800’s when a Romanian chemist synthetically created the drug in 1887.  The chemist, who was named Lazar Edeleanu, synthesized the drug from a chemical compound that Ma-Huange a plant found in China included.  The compounds included in Ma-Haunge included ephedrine as well as various other compounds that would eventually be used in various pharmacological formulations over the next 100 plus years. 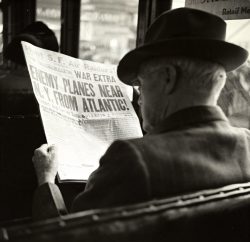 A tablet form of amphetamine was developed in the 1930’s.

According to the US National Library of Medicine, Amphetamines would not be used in pharmaceutical drugs or for medical purposes until the 1920’s when the drug was first noticed to dilate the bronchial sacs of the lungs and clear breathing passages for those who suffer from asthma, hay fever or the common cold.  By 1932, the Benzedrine Inhaler was introduced on the market for use and quickly became a huge success in over-the-counter medication sales.

The drug company, Smith, Kline and French would sell amphetamines in inhalers at first but clinical enthusiasm for the drug would soon lead to an increase in the use of amphetamines for the treatment of everything from narcolepsy to addiction to opiates.  It was not until 1939 when the harmful effects of amphetamines and medications that contained amphetamine was first realized.

Amphetamines were not widely abused in the United States at first but by the mid-1930s, teens and young adults looking for a cheap way to get high were taking the amphetamine strips out of the Benzodrine Inhalers and placing them into a cup of coffee or chewing and swallowing them.  This would produce an intense stimulant effect upon the user.  Hence, amphetamines would quickly become one of the most widely abused substances during the 1930s.

In 1937, the American Medical Association approved amphetamines in the form of a Bensedrine Sulfate tablet for the treatment of narcolepsy, postencephalitic Parkinsonism, and minor depression.  Psychiatrists and neurologists quickly accepted amphetamines for the treatment of minor (neurotic) depression.  It was theorized that amphetamines played a role in adjusting hormonal balance in the central nervous system by creating an amplified adrenergic stimulation which would promote activity in those who were otherwise depressed.

Demand for amphetamines continued to be high throughout the 1950’s and the early 1960’s.  During this time, amphetamines were widely used by anyone wanting to stay awake for long periods of time including soldiers in World War II, truck drivers making long hauls at night, high school and college students who were cramming for a big test and athletes who simply needed more energy.

By 1962, the Food and Drug Administration estimated that more than 200 million amphetamine pills were in circulation in the United States alone.  Annual sales of Benzedrine tablets grew steadily to $500,000 in 1941 and these sales continued to rise.  By 1945, the war years had caused an increase in the production and the sale of amphetamine tablets.  Sales would reach more than $2 million for the Benzedrine tablets at this time and the newly released amphetamines, Dexedrine (dextroamphetamine) tablets would reach sales of $650,000.

By 1965, amphetamine inhalers were finally averted to a prescription only basis and removed from the over-the-counter medication market.  A wide potential for abuse was finally determined and the dangers of amphetamine where finally being recognized causing authorities such as the Food and Drug Administration to take action.

The Rise & Fall of Amphetamine Use