The first few days or even weeks of amphetamine addiction treatment are by far the most difficult. During this time, the user begins to detox and a wide range of amphetamine withdrawal symptoms are likely to occur.  Amphetamine detox takes place when the user quits taking amphetamines and allows the body to begin to readjust to life without the use of these drugs.

For some, amphetamine detox is a difficult and most painstaking process plagued by a series of withdrawal symptoms that are both difficult to cope with and potentially hazardous to the user.

Some of the symptoms of withdrawal that pose the most serious health threats include: 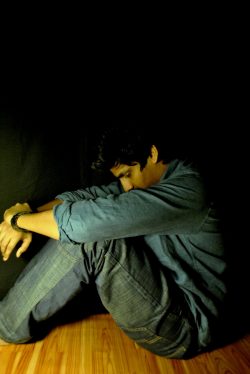 Not all people who go through amphetamine detox will have dangerous side effects or amphetamine withdrawal symptoms. Many can make their way through these early days of amphetamine addiction treatment relatively smoothly with adequate rest, relaxation and healthy meals.

For some, amphetamine detox becomes a serious health threat either psychologically or physically or both and requires medication supervision and care.  There’s really no way of telling how severe the symptoms of withdrawal will be when a user first decides to stop using amphetamines and begin to detoxify which is why it is always advisable to seek medical treatment in an inpatient detox facility.

For some, the symptoms of amphetamine withdrawal during the early days of abstinence of repeat or chronic amphetamine use can prompt relapse in an effort to simply stop the adverse effects of not using the drugs.  It takes time for the body to adjust to life without amphetamines and long after the early days of addiction treatment are over, many users report continued urges to use as well as continued problems with attention deficit, depression and similar withdrawal symptoms.

Regardless of the level of amphetamine use, the length of time that the user has been addicted or other factors, it is recommended that those who become addicted to amphetamines seek medical supervision for the detoxification process. This ensures the safety of the patient in the event that any serious side effects, such as hallucinations that cause the user to become a danger to himself or to others, are immediately and appropriately dealt with.

Amphetamine detox will typically only take about a week or so.  For some, the symptoms of withdrawal will linger on for a bit longer and there may be a risk of psychological side effects to continue to be bothersome to the recovering addict, but the majority of the physical symptoms of withdrawal should be well under control within about a week or two of sustained abstinence from amphetamine use.

Unfortunately, one of the biggest dangers of amphetamine detox is the risk of relapse.  When a user detoxes, even just a short period of time without amphetamine can lead to a lowered tolerance which overall is a good thing because it means that the body is positively responding and adjusting to life without amphetamines.  However, there are dangers associated with a decrease in tolerance if the user relapses.

Users who relapse following amphetamine detox are at an increased risk of using excessive amounts of amphetamines being under the perception that they must use the same quantities that they used to in order to produce the same effects.  This can lead to overdose which can have fatal consequences which is yet another reason why it is vital to seek professional help if you or someone you know is addicted to amphetamines.  We can help you find amphetamine addiction treatment that will help you or your loved one get past amphetamine addiction, overcome the battle of detox and make a clean break for recovery.