Do I Really Need Treatment for Amphetamine Addiction?

Whether legal or illegal, amphetamine drugs place a considerable strain on brain functions as well as on the body’s central nervous system in general. Prescription amphetamines, such as Ritalin and Strattera and illegal varieties, such as methamphetamine produce narcotic effects that alter brain chemical processes.

People affected by attention-deficit hyperactivity disorder and narcolepsy can actually benefit from amphetamine’s effects provided the medications are taken as prescribed. Once a person starts abusing this type of drug, serious consequences will likely result.

Considering the hold amphetamines can have over a person’s will, the sooner a person gets needed treatment for amphetamine addiction the better. 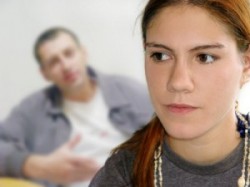 Amphetamine addiction treatment may be what you need to recover from addiction.

According to the Semel Institute, excess amphetamine use gradually causes a physical dependency to develop. Putting off getting needed treatment for amphetamine addiction only allows this dependency to grow stronger.

Once a person reaches this point, certain behavioral symptoms will start to develop, some of which include:

These symptoms only grow worse in severity unless a person seeks out necessary treatment for amphetamine addiction.

Cocaine’s status as an illegal narcotic may lead many people to assume its effects are more damaging than amphetamine drugs. In actuality, amphetamines, particularly prescription varieties, have longer-lasting effects than cocaine.

On average, the effects of cocaine last for up to an hour or two. The effects of drugs like Ritalin, and Strattera can last for several hours. Considering these effects only last as long as the drugs stimulate brain cell receptor sites, amphetamines can cause considerably more damage than cocaine when abused on a regular basis.

While treatment for amphetamine addiction may seem like an ordeal at the outset, the longer a person waits the harder it will be to recover from the effects of the drug.

Long-term amphetamine use will ultimately leave users unable to stop using the drug through sheer force of will alone. Once the brain succumbs to the effects of the drug, a person becomes addicted on a physical as well as a psychological level.

Indicators of amphetamine addiction include:

Amphetamine’s effects make it near impossible for addicts to stop using on their own. Anyone who’s become addicted may well consider seeking treatment for amphetamine addiction after multiple failed attempts to stop using.