The Importance of Human Connection in Addiction Recovery

Ever since addiction was first recognized as a problem, people have been searching for a reason why some people become addicts while others do not. When asked, most people respond to the question “Why do people become addicted” the same way. They say they become addicted because they are weak, unable to control themselves, or some variation of this. Although some of these answers might seem to be true, they are not the only reason. For years, addiction research was focused on the individual who was addicted; it never tried to discover why addiction is so widespread. Scientists and doctors blamed things such as monetary status, stress, work, and other factors for addiction until relatively recently.

How the concept of the human connection in drug addiction started is with rats. Most people who study drug addiction works with rats at one time or another. In the 1980s there was even advertisement that featured the rat in its cage using the drugged water until it died from starvation and overdose. Prior to this anti-cocaine commercial in the 1970s, a man named Bruce Alexander pointed out something disturbing about this experiment. They threw a rat into a cage with nothing but the drug. It had nothing to do, no other rats to play with, nothing to keep its interest. He thought about how rats normally live and decided to change the experiment a little. 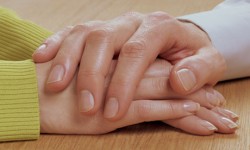 He built a rat amusement park. He filled it with:

If the addiction was purely a chemical choice or was something that was inevitable when exposed to the drug, the rats would do the same thing they did in the empty cage with no distractions.

Alexander noted that the rats in the pleasant environment used less than a quarter of the drugs that they did in the barren lonely cage. This phenomenon was also seen after the Vietnam War. Many of the soldiers involves did some form of drug while in Vietnam. 95 percent of these soldiers stopped using once they came back without rehab or a 12 step program. This seems to indicate that a pleasant environment with normal human contact prevents or stops drug abuse, the same way it did with the rats.

According to the U.S. News, loneliness is extremely unhealthy. A child who does not have human contact when they are young often suffers from the disorder called failure to thrive. Adults who do not form friendships and partnerships are more likely to form a mental illness or become addicted to drugs. It is obvious that people need a human connection of some kind throughout different stages of life. Most studies agree that one of the keys to a happy long life is a human connection. It does not mean everyone needs to surrounded by people all of the time but a good environment with close connections seems to be key.

The same goes for drug addiction. People are more likely to try drugs as an escape if they live in a negative environment. Taking them out of their environment and improving their life makes them less likely to continue using drugs.

How does the human connection relate to relapse and recovery

As seen in the soldiers returning from Vietnam, the success of the community based recovery groups, and the success rate of group counseling and holistic counseling, there is a human component to recovery without relapse. This is not to say that there is not a chemical component to addiction, but it might play less of a role than originally thought.

According to Psychology Today’s article, “Is Human Connection the Antidote to Addiction,” This is a disassociated society. People hold themselves apart from others. This might be why so many people fall victim to a variety of addictions. It is as if they are trying to fill the hole left by close human connections by using drugs. It follows that if the connection between people is reestablished and the negative living environment and style is corrected, the person is more likely to fully recover from addiction and avoid relapse.

The idea of disconnection with the world causing drug abuse is a relatively new one. Scientists and psychologists are currently doing the research to turn this thought into an active practice for rehab and recovery in the case of a variety of addictions. Many of the current counselors, rehab facilities, and doctors already recognize this connection and do their best to include reconnecting to life and other people in drug treatment.

The rat experiments in drug treatment show scientists one thing. That is that given the choice people and rats do not become addicted if their life is full of other experiences. This connection is key to the incidents of addiction and recovering this connection when it is lost through addiction is extremely important. Human connection as opposed to disconnection is necessary to completely recover from addiction.