Amphetamines are stimulants that will impact a person’s life in numerous ways. When a person takes amphetamines they will feel more powerful, more confident and ultimately happier. They receive this feeling of happiness because amphetamines alter the chemicals in their brain and will cause their serotonin levels to increase, but when the drug leaves their system they will feel depressed and unhappy due to their serotonin levels being lower than normal.

When a person forms an amphetamine addiction, their body will have most likely developed a dependency to the drug, and when a person stops taking the drug they will feel abnormal and will have withdrawal symptoms from the drug not being in their system.

According to the Australian Drug Foundation, individuals who have become dependent on amphetamines begin to put the drug first in their life, meaning that the drug becomes far more important than other activities in their life. 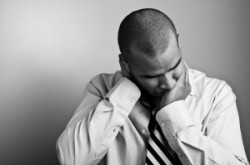 Increased Appetite: Most people addicted to amphetamines lose their appetite, once the drug is out of their system they will want to eat far more food.

Muscle Aches: This is common due to the stress the body is going through from withdrawal.

Uncontrollable Shaking: Depending on the length of time a person has been abusing amphetamines, their body may experience tremors or uncontrollable shaking once they stop taking the drug.

Depression: This is the number one withdrawal that occurs due to the depletion of serotonin.

Anxiety: Anxiety occurs as well as panic attacks in some people due to the stress of withdrawal as well as the chemical balance in the brain being altered form amphetamine abuse.

Disturbed Sleep: Many people experience nightmares when they stop using amphetamines and have insomnia.

Intense Drug Cravings: Due to the body’s dependency, a person will have intense drug cravings, especially a few days into detoxing.

Irritability: Many people become highly irritable when they are detoxing from amphetamines and can have rapid mood swings.

Confusion: During detox, a person may have a hard time concentrating or feel confused in their thought process.

Symptoms of amphetamine withdrawal will vary from person to person and are usually more intense with people who have been abusing the drug for long periods of time.