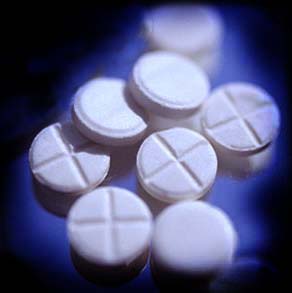 Amphetamine is structurally related to ephedrine, a natural stimulant found in plants of the genus Ephedra. It is also structurally related to adrenaline, the body’s “fight or flight” hormone. Amphetamine was first synthesised by Edeleano in Germany in 1887, but it only entered clinical medicine in the late 1920s when its psychostimulant effect was recognised. The US medical and pharmaceutical establishment was worried that supplies of ephedra in faraway China would be exhausted. Amphetamine promised a cheap and synthetic substitute. Like ephedrine, amphetamine dilates the bronchial small sacs of the lungs, a great blessing for sufferers from breathing disorders. So in 1932, Smith, Kline and French introduced the famous Benzedrine Inhaler.

Amphetamine sulphate was aggressively marketed for asthmatics, hay-fever sufferers and anyone with a cold. Amphetamine was soon available in pill form too. “Pep pills” were sold over the counter for all manner of ailments. Doctors prescribed amphetamine for depression, Parkinson’s disease, epilepsy, travel-sickness, night-blindness, hyperactive disorders of children, obesity, narcolepsy, impotence, and apathy in old age.