Common types of amphetamines abused are those legally prescribed to treat attention deficit disorders such as ADD and ADHD, narcolepsy, and obesity and the illegally manufactured methamphetamine that is wreaking havoc on communities and families nationwide.

These stimulant drugs speed up the brain and bodily processes to increase energy, alertness, awareness, heart rate, and blood pressure while causing euphoria and other adverse effects in high amounts. Any of them can cause significant physical health problems if they are abused and more often, lead to addiction and mental health disorders that are difficult to overcome. 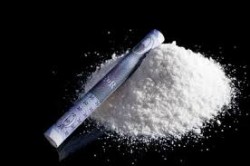 Amphetamine abuse often occurs through crushing or snorting the drug.

Legitimate use of amphetamines as prescribed and for those intended can be very helpful, but, taking higher dosages, more often, diverting them to others, or abusing them in alternative ways is considered amphetamine abuse. According to the National Institute on Drug Abuse, because amphetamines “suppress appetite, increase wakefulness, and increase focus and attention, they are frequently abused for purposes of weight loss or performance enhancement (e.g., to help study or boost grades in school;”

Amphetamines are generally prescribed to be taken orally, although abuse commonly leads to intravenous injection, crushing and snorting, or smoking which intensifies the effects and increases the potential for harm.

The following, are 15 warning signs of amphetamine abuse that can be used to recognize the need for help where early intervention can save the person’s life.