The abuse of amphetamines over a long amount of time can cause dangerous physical side effects and other issues that can affect a person for a long time. If you believe someone you know may be abusing amphetamine drugs but are unsure of the extent of the issue, below are 15 symptoms of amphetamine abuse you can’t ignore.

1. Frequent and Unexplainable Bouts of Energy

According to the Better Health Channel, “In small doses, amphetamines can banish tiredness and make the user feel alert and refreshed.” Those who are abusing stimulant drugs will show signs of these sudden energy bursts constantly. Because they enjoy the way they feel (euphoric, excited, and wakeful) while on the drug, they will not want to quit using it and will exhibit these unnatural surges in energy often.

“A ‘speed crash’ always follows the high and may leave the person feeling nauseous, irritable, depressed and extremely exhausted.” Individuals who abuse amphetamines will be constantly bouncing back and forth between these two episodes, called the binge-crash cycle. When they can no longer take the drug anymore, they will often sleep off the effects of the crash for several days before doing it all over again. 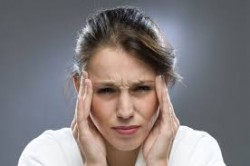 Amphetamine abuse can cause painful headaches.

Headaches are one of the most common side effects of amphetamine abuse. Those who take the drug in high doses consistently will commonly complain of them; however, they will not stop taking the drug in order to prevent them from occurring. Most individuals will attempt to take over-the-counter painkillers like aspirin or ibuprofen in order to dull the headache rather than stop taking amphetamines.

Mood swings are likely to occur with any drug abuse syndrome, but they are especially common with amphetamine abuse. Because the drug causes an intense and euphoric high that can sometimes extend into mania if the individual has taken an extremely large dose, it will often cause issues like paranoia, aggression, and hostility to occur. Also individuals who abuse amphetamines can also show signs of depression, especially when they are not currently on the drug.

Amphetamines actually cause a decrease in appetite, which is one of the reasons why many individuals abuse them. According to the NIDA Teen, that “lack of interest in eating” can also “lead to poor nutrition.” A person may undergo severe weight loss and become extremely malnourished, especially the longer they continue to abuse these drugs.

Amphetamines cause a decreased need for sleep as well, and users will often only do so when they crash from the high of the drug. Therefore, exhibiting regular issues with insomnia is a strong indicator of amphetamine abuse.

Some drugs (opioids for example) cause the pupils to contract when a person is under their effects. Amphetamines, like all stimulants, have the counter-effect of causing the pupils to dilate or widen when an individual is intoxicated. It can easily help you to notice the difference between stimulant and opioid or depressant abuse.

“Vitamin deficiency” as well as weakened immunity can be caused by high levels of amphetamine abuse over time, leading to skin problems for the abuser (CESAR). In addition, individuals who abuse amphetamines for a long period of time often begin to pick at and itch their skin which can cause infections, sores, and acne, among other issues. This kind of behavior is also indicative of a growing psychosis for which the individual will need immediate care.

One of the most common reasons people turn to amphetamine abuse is because they are hoping to do better in school. Unfortunately, according to the NIDA, “Research has shown that students who abuse prescription stimulants actually have lower GPAs in high school and college than those who don’t.” Someone who exhibits many of the symptoms listed above, seems wakeful and to be studying all the time, and yet is still struggling with schoolwork is probably abusing these drugs.

This is another symptom of long-term abuse, but it is important to understand its consequences. Hallucinations also point to the growing issue of psychosis for amphetamine users, and those who begin to experience them will need treatment immediately. A user’s behavior will help you notice that they are seeing, hearing, and feeling things which aren’t there.

A person may begin to exhibit a strange twitch or tremor of the small muscles as a result of long-term amphetamine abuse. They may try to hide it at first, but it will become increasingly clearer to others the longer they continue abusing the drug.

This may seem difficult to gauge, but for an outsider, these symptoms will become noticeable even by watching the individual. Amphetamine abuse can cause an increase in

The individual will be warm to the touch, and feeling their pulse will reveal a much faster heart rate than is normal. You will be able to notice the quicker breathing much easier. These symptoms will occur mostly when the person is high, but they may cause other issues down the line.

Drug users will constantly attempt to hide their abuse, especially if they know others may disapprove of it. They may lie about where they have been or disappear for hours without telling anyone. Because amphetamine abusers often get their supply in the form of stolen or illegally purchased prescription drugs, there will likely be pill bottles or blank prescription slips hidden in their rooms.

Another side effect which is most often caused by dextroamphetamine and amphetamine (a combination that is found in the brand name medication Adderall), constipation is common even when a person is taking the drug as directed (NLM). However, when abused, it will cause this condition to become very intense which can not only be uncomfortable but unhealthy as well.

Amphetamine abuse can lead to many gastrointestinal problems as well as nausea and vomiting. Over time, these issues can cause ulcers to form which the individual will again attempt to treat in any way that does not involve quitting the drug.