15 Things They Don’t Tell you About Amphetamine Overdose

1. According to the NLM, “A methamphetamine overdose may be acute (sudden) or chronic (long-term).” This goes for all amphetamine drugs, as long term abuse of them can cause an individual to exhibit extreme psychological and physical health problems which can be life-threatening.

2. A person could become dizzy and faint or act extremely restless or manic during an amphetamine overdose. It is difficult to know how someone is going to react to overdose, and it can depend on the individual. But a particularly large dose of amphetamines can cause either of these two extremes. It is important that, if you think someone has overdosed on amphetamines, you take them to the hospital or call 911, despite which symptoms they may be exhibiting.

3. Your vision may become blurry which can cause dizziness and other issues. If you have taken the correct amount of the drug and you start to feel that you are becoming lightheaded, you should definitely call your doctor and make sure there isn’t anything wrong with your prescription. This symptom may seem like something you can shake off, but you may be experiencing a bad reaction, or in some cases, an overdose.

4. Seizures are also one of the symptoms of an amphetamine overdose. You should know the steps of first aid for seizures if someone you know is taking amphetamines, including: 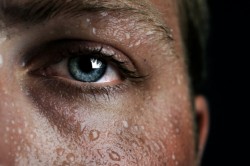 5. A person may become extremely depressed as a result of overdose from these drugs. It is important to know what other medications an amphetamine user is on and if they have experienced issues with depression before. Overdose can even be deliberate if a depressed person is trying to harm themselves. Make sure to rule out the possibility of overdose if someone who uses or abuses amphetamines suddenly becomes depressed.

6. Amphetamine intoxication causes pupils to become much wider or dilated; this is because these drugs are stimulants. Opioids and other depressants will affect the body differently, causing the pupils to contract and become smaller. If you are aware that someone has overdosed but you are not sure what they took, check their eyes to see if their pupils are dilated or contracted. This can help you determine the type of drug they might have taken.

7. Paranoia is one of the most common psychological symptoms of amphetamine overdose. Many individuals become afraid of loved ones who are trying to help them or believe that there is a conspiracy against them, especially as a result of long term overdose from these drugs. It is often necessary to call 911 or ask for help when you know someone needs treatment for amphetamine overdose because the individual will likely be unwilling to trust anyone, even those they have known all their lives.

8. Many people believe that it isn’t possible to die from amphetamine abuse, but it is, especially when one takes extremely high doses of the drug. According to the NIDA Teen, “Taking high doses of a stimulant can raise a person’s body temperature and blood pressure to dangerous levels and make the heart beat irregularly.” This can lead to heart failure and eventual heart attack if the person is not treated soon enough.

9. Children can overdose on amphetamines which is extremely dangerous. According to a study by the NCBI, dogs can even overdose on these drugs as well, the symptoms of which are similar to those exhibited by humans: high body temperature, increased heart rate, seizures, and tremors. This is why it is so important not to leave your medication anywhere that a pet or young child might be able to get to it.

10. A person might vomit if they take an incredibly high dose of these drugs as they commonly cause gastrointestinal issues. You must make sure, though, to wait with the person until an ambulance arrives, and you should NEVER try to induce vomiting unless the 911 operator tells you to do so. If the person does vomit, try to gently turn them on their side.

11. According to the NLM, the combination of dextroamphetamine and amphetamine, or Adderall, may cause the person to urinate “dark red or cola-colored” urine during an overdose. This is a sign that the individual needs help right away. If you take amphetamines, monitoring this issue will help to alert you of the need to seek medical attention for overdose.

12. A person may even go into a coma or lose consciousness for a time. It is paramount that they be treated as soon as possible. Because a person cannot help themselves in this case, it is important that you are extremely careful with your medication if you live alone.

13. Aggression, hostility, and violent behavior are all common in an individual who has overdosed on these drugs. Homicidal and suicidal behavior have also been known to be triggered by high doses of amphetamine drugs. Approach an individual on high doses of these stimulants with caution and make sure that you are safe in case the situation escalates.

14. Hallucinations or “unrealistic feelings of cleverness, great competence, and power” can cause someone in this condition to do something dangerous (CESAR). As it often is with stimulants and drugs that cause these psychological effects when taken in high doses, more injuries and deaths are caused by the behavior the individual exhibits than by physical effects.

15. A person undergoing amphetamine overdose will often need to be restrained once taken into a hospital or treatment facility’s care. This is necessary so that the patient will not be able to hurt themselves or anyone else, as the psychological effects can cause unpredictability and violence. Eventually, with therapy and treatment, the individual will act more like themselves, but this can be very upsetting for family members, friends, and loved ones of the patient to witness.