Amphetamine abuse plagues the lives of thousands or even hundreds of thousands of people around the world. According to the University of Rochester Medical Center, “each year, the U.S. Drug Enforcement Administration closes down hundreds of illegal laboratories producing these drugs and uses surveillance and enforcement powers to stop illegal amphetamines coming to the U.S. From other countries.” Despite control efforts, amphetamine abuse is a growing problem that continues to cause an array of consequences for users throughout the United States.

Even short term use of amphetamines is responsible for an array of potential complications within the human body. According to Rochester Medical Center, “amphetamines affect the brain, heart, lungs and other organs.” Even short term use can be linked to serious organ damage, heart failure, stroke and possible death.

Seizures are caused by amphetamine abuse in some cases even with a single use of the drug. Some users can take amphetamines one time and suffer from a fatal seizure as a result of the drug use. Others may be fortunate enough to get away with using amphetamines more than once and even many hundreds of times before a serious problem such as a seizure arises. Unfortunately, there’s no tell tale way of knowing which time will be the “killer” that results in dangerous, and potentially deadly, seizures. 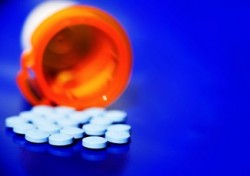 When used in any way other than as prescribed amphetamines can cause serious damage.

Prolonged or repeat amphetamine abuse can and often does lead to addiction. According to the Center for Substance Abuse Research, “abuse of amphetamines, which can lead to tolerance and physical and psychological dependence, is characterized by consuming increasingly higher dosages, and by the “binge and crash” cycle, when users attempt to maintain their high by overindulging on these drugs.” Addiction is subsequent to the continued and repeat use of amphetamines in an effort to produce that same high; it is highly dangerous and highly difficult to overcome.

CESAR reports that, “chronic abuse of amphetamine and methamphetamine is characterized by violent and erratic behavior, as well as a psychosis similar to schizophrenia, that can involve paranoia, picking at the skin, and auditory/visual hallucinations.” Psychotic episodes are often responsible for other complications in the user’s life as well including:

Sustained use of amphetamines, which are powerful appetite suppressants, can lead to malnutrition that may result in other serious side effects for the user. There is an increased risk of infection, high risk of kidney or liver damage and other serious complications which can arise as a result of malnutrition and in conjunction with the effects of malnutrition.