Am I Addicted to Speed?

Speed addiction often sneaks up on many users, as those who abuse the drug recreationally believe that they can control their use of it. Whether someone is taking Adderall without a prescription in order to study for a test or abusing another kind of amphetamine drug to lose weight, addiction to speed drugs (any licit or illicit amphetamine) occurs quickly and puts users in extreme danger.

Those who abuse speed often crush the drug in order to snort it or, in the case of illicit methamphetamine abuse, smoke or inject it. These behaviors all make it much more likely for someone to become addicted to speed because of how quickly and potently the drug affects the brain. If you have been abusing the drug in one of these ways for more than a few months you are most likely addicted. But how can you know for sure?

Am I Addicted to Speed? 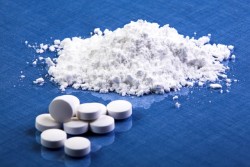 If you abuse large amounts of speed, or use it everyday, you might be addicted.

Ask yourself the questions below to determine whether or not you are already addicted to speed. Answer the questions as honestly as possible.

If you answered yes to these questions, you are addicted to speed. You should ask yourself whether or not you feel that you would be able to stop on your own. It may be hard to be sure, so if you are at all hesitant in this, you should seek treatment. Your addiction will not go away quickly, but with time and help, you can slowly heal.