As innocent as a cup of coffee may seem, caffeine is a distant cousin to amphetamine-type drugs. Both prescription and street-sourced amphetamines produce the same results. These drugs stimulate the central nervous system to create energy, confidence and self-perceived clarity. 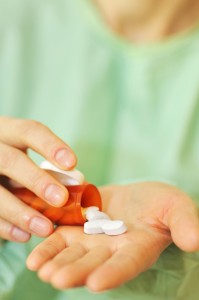 Amphetamine dependence can cause serious side effects!

Binge and crash episodes involve consuming large amounts of amphetamines to achieve a desired “high” effect. Effects from an amphetamine high include:

Crash episodes happen when the effects of the drug wear off. Amphetamine dependence develops each time a person takes amphetamines to relieve the symptoms caused by crash episodes. These symptoms come in the form of:

Compared to the euphoric feelings from an amphetamine high, the severe discomfort experienced during crash episodes all but drives a person to use again. Inevitably, long term users enter into a “binge and crash” cycle that worsens the body’s amphetamine dependence. In the process, amphetamine’s effects all but take over brain functions to the point where normal dopamine neurotransmitter functions become incapacitated.

Tolerance levels have to do with the amount of drugs a person requires to bring about the same desired effects. Anyone who uses amphetamines over long periods will notice it takes more and more of the drug to reach the same “high” intensity. This is a clear sign that amphetamine dependence has taken hold. With ongoing use, tolerance levels continue to increase as the brain produces less and less dopamine chemicals on its own.