Have You Become Addicted to or Dependent on ADHD Medication?

Amphetamines are a stimulant medication often prescribed to treat people of all ages diagnosed with attention-deficit hyperactivity disorder (ADHD). Those with persistent ADHD are more impulsive than their peers and have a harder time paying attention and focusing. Generally, ADHD shows up when a person is in pre-school or their first few years of elementary school. However, sometimes people are diagnosed in adulthood. Although, for many people, the symptoms of ADHD become less severe with age, they can persist well into adulthood.

According to the National Institute on Drug Abuse, “ADHD diagnoses are increasing.” The Centers for Disease Control and Prevention note: 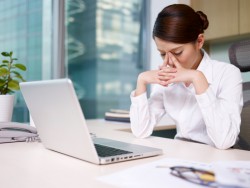 Some people abuse ADHD medication in order to improve their focus and attention at work.

In a Monitoring the Future survey, the following percentages of young people had used amphetamines non-medically at some point in their life:

Based on these numbers every one in ten 12th graders has used amphetamines to get high.

But, why do they do it? Because prescription amphetamines suppress appetite, increase wakefulness, and increase focus and attention, they are most frequently abused to enhance performance or control weight. In addition, because they can produce euphoria, they may also be used to get high.

Drug and alcohol addiction is, according to the National Institute on Drug Abuse, “a chronic, often relapsing brain disease that causes compulsive drug seeking and use, despite harmful consequences to the addicted individual and to those around him or her. Although the initial decision to take drugs is voluntary for most people, the brain changes that occur over time challenge an addicted person’s self-control and hamper his or her ability to resist intense impulses to take drugs.” If your brain has decided it needs additional amphetamines, beyond what you have been prescribed, you may not have noticed your growing dependence because it has felt so natural.

If you have developed a dependence and feel you are heading toward or already enmeshed in an addiction, you are in danger. Non-medical use of prescription amphetamines can kill you. To seek treatment and resources, call Amphetamines.com at 800-768-8728(Who Answers?) and speak with someone who can connect you to the help you both need and deserve.