How Amphetamine Addiction Can Ruin Your Life

Amphetamine drugs were originally synthesized in 1887. However, they weren’t officially marketed for medical use until the 1930’s and their effects, uses, and dangers have grown and unveiled themselves in several different areas since then.

Amphetamines were originally used to treat respiratory problems, alcohol hangovers, depression, and vomiting in pregnant women among other ailments. The propensity for addiction is insignificant when used as directed by a physician, but that can change dramatically with increased amounts and frequency.

Users become addicts when they lose control and build a tolerance by taking more than prescribed. This results in the user needing more of the drug to achieve the same results or desired effects. It is a vicious cycle that ends up as addiction.

Amphetamines today can come in powder or pill form and can be administered by means of:

Amphetamines are stimulants that have short and long term effects, some of which can have devastating consequences. These consequences can lead to a road that is riddled with strife and heartache for the user and his family/friends.

Some short term effects to be expected when under the influence of amphetamines:

As far as short-term effects, it is possible to see how one might be willing to overlook some effects to gain the benefit of others. But a slippery slope only needs one misstep.

Long-term effects associated with amphetamine use include: 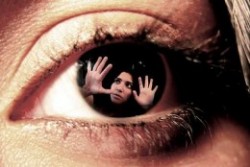 The long-term effects seem to paint a picture that is not enticing in the least or that is rationally not even willing to consider in trade for the few “benefits” one might reap from amphetamine use.

Amphetamine addicts live in a world filled with binge and purge madness that consumes them to the point that they lose themselves and all they have. Addicts often suffer more and more as a slave to their addiction. They compromise their jobs, their family, their friendships, and even their own ideals and morals in an effort to get high.

The ravages of amphetamine addiction on the body are catastrophic. Addiction to these drugs can easily harm your health for the remainder of your life, which is also in jeopardy because of your addiction.

The worst case scenario for an addict, end is overdose and death. This is normally preceded by a long road of personal destruction and deterioration of the addict’s life in all aspects.

The best case scenario for an addict is to seek help and recovery. In this situation the possibility to regain a normal or successful life is real, but the consequences already set into action regarding your physical health will not be reversed. Some after effects may not even show up for years or decades.

Rebuilding your life after an addiction will be a great feat that will exhaust you in every way. It will force you to take responsibility for your actions. It will cause you to see that not only did you do this to yourself, but along the way, in some form or another, it happened to affect every person you know and love. Forgiving yourself and seeking forgiveness from them will help to heal some of the havoc that your addiction caused.

Among the many areas of your life that are ruined by amphetamine addiction are:

No one would look at the big picture of addiction and actively seek to become addicted. Amphetamine addiction is cunning and sly and selfish. It will pursue you relentlessly with every use. Addiction is a loss of control that rips your life apart until you die or take it back. It will not stop on its own and will continue to wreak havoc until you decide you’ve had enough.

Recovery from addiction is a scary thing to face. How can you regain control and change it all back? Such strength of purpose and will is not easily found when it has taken so much from you already. But recovery is possible, and there are many avenues for an addict in need of help.

In this day and age with technology and increased funding to help addicts, there are resources in almost every town and city in the United States. If you or a loved one is suffering and in need of help and encouragement, please don’t give up. Help is out there and you can regain your life and freedom from addiction can be yours.