How to Reverse an Amphetamine Dependence Safely

When you realize that you have become dependent on amphetamine drugs, you will eventually need to reverse the syndrome, especially if you have been abusing their effects. However, it can be dangerous to just stop taking these substances completely because withdrawal symptoms and other issues can result. Instead, there are several steps you should take in order to reverse an amphetamine dependence safely.

Step One: Talk to Your Doctor

Adderall is one of the most commonly prescribed (as well as abused) prescription stimulants, and it contains both amphetamine and dextroamphetamine. According to the NLM, you should not “stop taking dextroamphetamine and amphetamine without talking to your doctor, especially if you have overused the medication.” This is because withdrawal symptoms can occur when a dependent person stops taking these drugs. Common symptoms may include: 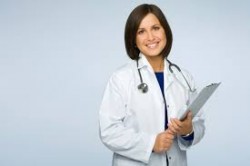 The first step to beating amphetamine dependence is speaking with your doctor.

These symptoms can range from annoying to dangerous, depending on the intensity of your drug use or abuse. In some cases, your doctor may decide to slowly taper off your medication until you are no longer dependent on it. This will cause you to experience some withdrawal symptoms, but they will likely be much less intense than if you suddenly stopped taking the drug.

However, sometimes a doctor will recommend that you attend treatment at a detox clinic. This is usually necessary for those who have abused and become addicted to amphetamines.

Certain individuals who have been abusing amphetamines regularly should attend detox as the first step in their addiction treatment. They may need to receive medication every day to minimize their withdrawal symptoms or even stay at an inpatient facility where they can receive 24-hour treatment. According to SA Health, “Psychotic symptoms may emerge during the first one to two weeks” of amphetamine withdrawal, “particularly if they were present during times of use.” In these instances, the patient will need to be in a controlled environment where they can be monitored and kept from harming themselves or others.

After detox, patients then must transition into addiction treatment. This usually occurs with the dependence on a substance has been fully reversed. However, in the case of stimulants, withdrawal symptoms can last much longer.

As study from the NCBI states, “Amphetamine withdrawal has been less studied, but empirical data suggest that the symptoms are similar to cocaine withdrawal.” Unfortunately in the case of cocaine withdrawal, symptoms of depression and cravings can resurface after others have subsided, and sometimes, former users can experience these symptoms for months after they stop abusing the drugs.

Preparing yourself for this issue is important and can help lead to finally ending your amphetamine dependence. Attend addiction treatment as well as a support group like Narcotics Anonymous. You can learn to cope with these symptoms through safer behavior which will be the best way to minimize them. Over time, you will realize your dependence on amphetamines has disappeared and you will no longer experience the withdrawal symptoms that made reversing the syndrome so difficult.

END_OF_DOCUMENT_TOKEN_TO_BE_REPLACED

How the helpline works

Calls to any general helpline (non-facility specific 1-8XX numbers) for your visit will be answered by American Addiction Centers (AAC), a paid advertiser on Amphetamines.com.

AAC representatives are standing by 24/7 to discuss your treatment options. These representatives work solely for AAC and will discuss whether an AAC facility may be an option for you. This helpline is offered at no cost to you and with no obligation to enter into treatment. Neither Amphetamines.com nor AAC receives any commission or other fee that is dependent upon which treatment provider a visitor may ultimately choose.

For more information on AAC’s commitment to ethical marketing and treatment practices, or to learn more about how to select a treatment provider, visit AmericanAddictionCenters.org. If you wish to explore additional treatment options or connect with a specific rehab center, you can browse top-rated listings or visit SAMHSA.