Amphetamine is a strong drug that can be used for medical reason such as narcolepsy. While this drug is prescribed for medical reasons, it can be abused and the side effects can be very dangerous and damaging. According to the US National Library of Medicine, there are three different ways that a person can take amphetamines. For the proper medical reasons, the drug will be taken orally. When the drug is taken orally, it will take about 15 – 20 minutes for the symptoms to start to show. When the drug is snorted, it can between 3 to 5 minutes and immediately when it is injected in the persons body. 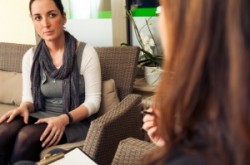 Get help with your amphetamine addiction symptoms!

When the person is starting to come down off of the drug, they will go through a reaction phase. The phase can bring on a few other Amphetamine addiction symptoms.

Amphetamine addiction symptoms that start when the person is going through withdrawal will also vary greatly from person to person. These symptoms are very serious and should be treated with care. It is especially important for the people that are around the person withdrawing from an amphetamine, to know what symptoms the person may experience.

Amphetamines will stimulate the body and the mind. They will enhance the feeling of confidence and energy that the person has for a short period of time. When the drug is overdosed, it can cause life threatening problems such as cause the person to experience seizures. Even though the health risks of amphetamine addiction symptoms are deadly, many people who abuse the drug because they enjoy the effects that the drug has on their body. As the person becomes more dependent on the drug, they will need more and more of the amphetamine to get the same effect that once got on a much small amount.

People with higher risk of am amphetamines addiction include people with bipolar disorder, antisocial personality disorder and depression. Also, people with a family history of drug abuse are more susceptible of amphetamine abuse.

Amphetamine dependence is very treatable. The most common form of treatment is cognitive behavioral therapy. This form of treatment is given by a professional therapist. Many amphetamine users will use the drug to help deal with stress in their life. the job of the therapist is to give them help and show them healthy ways to deal with the stress instead of turning to amphetamine.

When a person is getting treatment to help them overcome the drug and their symptoms, it is important for them to try to stay away from other stimulants such as caffeine and nicotine. It is common for the person’s doctor to prescribe an antidepressant or sleeping pills to help treat with the depression that come with withdrawal of amphetamine. It is also common for most people recovering to see withdrawal symptoms disappear within one to three months. It’s helpful for the person to go to support groups and counseling.