Recognizing Amphetamine Abuse Symptoms in a Loved One

Amphetamine abuse is a growing problem in the United States. According to the DEA, hundreds of amphetamine producing clandestine laboratories are closed down each year and the numbers continue to grow. If you suspect that someone you love may be abusing amphetamines, consider seeking professional help right away to avoid potential addiction, serious consequences and side effects.

According to the University of Rochester Medical Center, symptoms of amphetamine abuse may include: 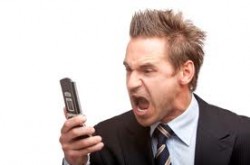 Some people tend to get violent and aggressive when they are abusing amphetamines.

The Center for Substance Abuse Research reports that long term use of amphetamines can lead to a number of serious side effects and ailments including:

Spotting Amphetamine Abuse Symptoms in a Loved One

Many of the signs of abuse will not be immediately seen but there are some symptoms that you can look out for. “Amphetamines may induce symptoms of psychosis very similar to those of acute schizophrenia spectrum psychosis,” according to the U.S. National Library of Medicine. If you have a loved one who takes amphetamines or who you believe is taking amphetamines and has recently began to show signs of psychosis, there could be a real problem at hand.

Additional symptoms to look out for include:

According to PubMed Health, “Amphetamines can make people feel more alert, and are prescribed for problems like depression and attentional deficit disorder.” when they are abused they have the ability to produce euphoria and may lead to dependence that is plagued by withdrawal and other serious side effects. If you know someone who is taking amphetamines or if you suspect that a family member or loved one may be abusing this type of drug, seek prompt help immediately.