Recognizing the Signs of Amphetamine Dependence

Amphetamines are central nervous system stimulants that increase energy, awareness, alertness, heart rate, and blood pressure. Amphetamine pharmaceuticals are generally prescribed to treat narcolepsy and other attention deficit problems such as ADHD. Other amphetamines such as methamphetamine or synthetic amphetamine compounds are unpredictable and dangerous, manufactured in clandestine labs and often including dangerous toxic chemicals.

The National Institute of Mental Health estimates that nearly 9% of the children in the U.S. and 4.1% of the adult population are affected by ADHD. Accordingly, in a special report on ADD/ADHD stimulants by the DEA, “Nationally, the number of ADD/ADHD stimulant prescriptions dispensed annually increased 39% between 2007 (34.8 million) and 2011 (48.4 million).”
When these drugs are taken as prescribed, they are generally considered safe, but, due to this misconception and their increased availability, they are often diverted to others for which they are abuse.

Amphetamine are often abused recreationally, used to enhance performances and endurance, used to gain academic advantages by students, and diverted to others for whom they were never intended. When taken in ways other than prescribed such as in high amounts or via alternative routes of administration, they can produce euphoria and when taken frequently, they can be highly addictive. 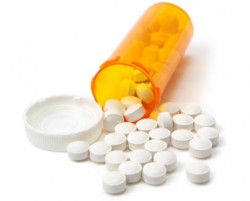 Amphetamines disrupt normal brain functioning and impact neurological systems that can cause a myriad of adverse physical and psychological symptoms. As with other psychoactive drugs, amphetamines affect dopamine functions in the brain that produces the sense of pleasure and helps to regulate and reinforce behaviors that bear repeating, in this case, the use of amphetamines.

Recognizing the Signs of Amphetamine Dependence