Your Recovery from Amphetamine Addiction Depends Upon Your Honesty

The National Institute on Drug Abuse (NIDA) reports: “Illicit drug use in the United States has been increasing. In 2013, an estimated 24.6 million Americans aged 12 or older—9.4 percent of the population—had used an illicit drug in the past month. This number is up from 8.3 percent in 2002.” That means there are more people succumbing to addiction, which leads to millions of people living from lie to lie.

If you are ready to stop the lies and seek treatment for your amphetamine addiction, it’s time to call Amphetamines.com at 800-768-8728(Who Answers?). 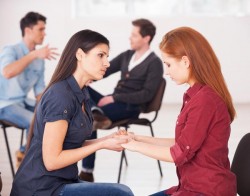 12-step groups encourage participants to be honest with themselves and their peers.

Because the brain’s reward center is fed by amphetamine use, the brain comes to depend upon it to feel good. In order to help the compulsion, lying becomes the norm.

Amphetamines influence your limbic system: a system that includes the parts of the brain in charge of instinct, feeling, and recall. When you abuse amphetamines, the limbic system covers the brain’s receptors with euphoric chemicals, like serotonin.

This triggers the limbic system to make a memory of the euphoria and the environmental factors present when the exhilaration was caused. This creates a reward cycle where the brain desires amphetamines to make the brain feel euphoria, and it will seek out the environments and people who helped make it possible. That’s what drives the urge to use in the face of the wish not to.

When the brain’s compulsion urges you to use, you can’t be held responsible for clear decisions. You are lead to seek amphetamines regardless of your relationships and responsibilities. And to deal with the resulting conflict, you lie.

To the degree that addiction depends upon lies, recovery depends upon honesty. As you join the recovery community, you will hear the term “rigorous honesty.”

But, what is rigorous honesty?

As popular culture tells people, in any 12 step program, the first step is being honest with yourself. But, the later steps deal with being honest as well. You are responsible for telling the truth to your higher power and to other people (family, health care providers, therapists, peers, etc.). Even the final three steps have to do with chasing honesty on a daily basis. There basically isn’t a 12 step program without a base of rigorous honesty and that goes for other treatment approaches as well.

If you are looking for ways to remain honesty and to compel it in the future, try:

If you are ready to seek treatment and to do so honestly, Amphetamines.com has the resources and connections to treatment that you need. Call 800-768-8728(Who Answers?) to speak to someone today.