How do you know that someone is abusing amphetamine? If you are concerned that someone you love is abusing this stimulant drug, look for these telltale signs and seek help for them immediately. The sooner they are treated, the better off they will be.

People exhibit many physical signs when abusing amphetamine. Because the drug can “increase blood pressure, heart rate, and body temperature and decrease sleep and appetite,” physical symptoms of amphetamine abuse are noticeable and sometimes dangerous (NIDA). Look for these signs according to CESAR if you believe someone you know is abusing amphetamine: 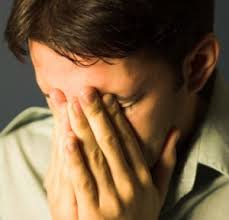 Nausea, headache and dizziness are all signs of amphetamine use.

The physical signs of amphetamine use become even more pronounced when the drug is abused. Those who take amphetamine as part of the treatment of ADHD will often exhibit these symptoms, but they will be more intense when the person is abusing the drug.

The NIDA states, “When they are abused, they can lead to malnutrition and its consequences.” This is an important sign of amphetamine abuse which is also one of the reasons why many people abuse the drug; for instance, some abusers of amphetamine want to lose weight and take the drug in order to do so.

Another telltale sign of amphetamine abuse is the development of verbal or motor tics or tremors that the person did not experience before. After a person abuses amphetamine for a while, these small tremors will often become common and the person will likely try to hide them so as to continue hiding their abuse.

Amphetamines, like other stimulant drugs, have some of the strongest behavioral effects when it comes to abuse. According to the ADF, “In high doses, amphetamines can make the user feel extremely nervous, anxious, confused and irritable,” which can sometimes “lead to hostility, aggression and violence.” Some other observable effects are:

Toxic psychosis occurs after a person has been abusing amphetamine for a long period of time, where a host of psychological and behavioral disorders may develop as a result of the individual’s amphetamine abuse. The longer it goes on, the worse it may get for the individual and the more likely they are to develop this sort of condition.

Amphetamine causes “unrealistic feelings of cleverness, great competence, and power” in those who abuse it, and this feeling becomes sought after by abusers. Many people feel that they can release themselves and their inhibitions when abusing amphetamine, so the person will likely be more free and loose, but not always in a good way.

Amphetamine abusers usually take the drug in a binge-crash cycle. This means that they will take it for several days straight, staying awake and alert and then crashing before doing it all over again. This pattern of use is just another strong, telltale sign of amphetamine abuse.