Why Do College Students Abuse Amphetamines?

According to the University of Michigan scientists who conduct the nationwide Monitoring the Future study, “illicit drug use has been rising gradually among American college students since 2006, when 34 percent indicated that they used some illicit drug in the prior year; that rate was up to 39 percent by 2013.” Among the most abused drugs in colleges are alcohol, marijuana, and amphetamines.

Partying with friends, relaxing after a rough day, or socializing are typical reasons that college students use alcohol and marijuana, but, amphetamine abuse is a whole different story. According to the SAMHSA, “Amphetamine abuse changes misconceptions about addiction. Young people do not have to meet with shadowy dealers in alleyways to get amphetamine, and addiction is not relegated to drop-outs or those with disrupted home lives.”

Amphetamines are central nervous system (CNS) stimulants that decrease appetite while increasing energy, wakefulness, alertness, and in various degrees, euphoria. Amphetamines are classified by the DEA as Schedule II controlled substances “based upon the substance’s medical use, potential for abuse, and safety or dependence liability and in this case, “high potential for abuse and limited medical uses.”

Amphetamines are commonly prescribed to children and adolescents suffering from attention deficit disorders to balance brain functions increasing dopamine the way most people do naturally and gradually so they can remain calm and focused. Abnormal increases in dopamine and norepinephrine from abuse can cause euphoria, senses of invincibility, and possibly psychosis.

The most desirable amphetamines abused by college students are ADD/ADHD medications such as Adderall, Ritalin, and Vyvanse with Adderall topping the list for its formulation designed to maximize alertness and focus while not overdoing the euphoric rush when taken orally and used as directed under a physician’s care. Unfortunately, many amphetamine abusers are not aware of or do not understand the dangers of amphetamine abuse and deem prescription type drugs safer than illicit drugs to use and divert to others. 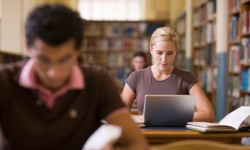 Amphetamines are commonly used to study.

According to the National Institute on Drug Abuse, because amphetamines “suppress appetite, increase wakefulness, and increase focus and attention, they are frequently abused for purposes of weight loss or performance enhancement (e.g., to help study or boost grades in school);”

For college students, these advantages may be hard to resist when the student is cramming for finals or running behind in their daily routines. We live in a fast-paced and competitive world where the pressures to excel and succeed can be enormously challenging, stressful, and frustrating. In college, there are a lot of additional demands to keep up with academic scores and performance measures that students generally are not yet familiarized with from their high school years.

A large majority of students never make it past the first year of college or fail to re-enroll for following years due to low level test scores. They may find themselves having to take pre-requisite courses they never planned for or remedial classes that put them behind in their objectives and goals. Paying for these extra classes, and college itself, can add up to significant financial burdens and intensifies the necessity to complete courses even when the student knows they are over-stretched.

The University of Michigan reports that “Eleven percent of college students in 2013 or one in every nine indicated some Adderall use without medical supervision in the prior 12 months.” College students who abuse amphetamines recreationally report considerably higher rates of frequent binge drinking, marijuana use, cocaine, and other substance abuse than their counterparts who do not abuse amphetamines.

Stress, fatigue, anxiety, depression, insomnia, and other maladies are common side effects that college students experience when they try to combine drug abuse with their college studies and other requirements. Since college is demanding enough on its own to cause these effects, abusers who abuse amphetamines to enhance their moods during social events or just to feel better put themselves at risk of making things worse. In fact, after abusing amphetamines for a while, students come to realize that their ability to manage stressful situations is decreased and they need to use more of the amphetamines to eliminate negative emotions or to simply feel normal.

College students abuse amphetamines because they are so readily available from family medicine cabinets, other students, dealers looking to make a profit, and other resources. According to a report from the Center for Substance Abuse Research, “After alcohol and marijuana, the prescription stimulants Adderall® and Ritalin® are perceived to be the most easily available drugs misused among undergraduates.”

It’s easy for a college student to gain access to the drugs at the spur of the moment when their adventures outside of the college exposes them to environments where drugs are easily obtainable and use is encouraged. Bars, dance clubs, sport events, all-night study groups, on or off campus, these drugs are passed around like candy.