For many students, the stressors and pressures that come with college life create the perfect hotbed environment for drug abuse habits to develop. The pressures to succeed academically push many students to enhance their abilities through amphetamine drug use. According to the American College Health Association, 5.7 percent of college students abuse amphetamines compared to 2.5 percent of their non-college peers. As with any form of addiction, accessibility to amphetamine drugs makes it that much easier to engage in drug abuse. Considering not all college students engage in amphetamine abuse behaviors, certain risk factors do play a part in determining who will use and who won’t. 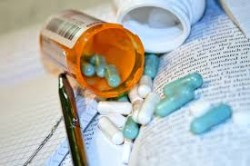 Amphetamines are used often among college students, particularly for their ability to help people focus.

Commonly prescribed to treat attention-deficit hyperactivity disorder (ADHD), prescription amphetamines also produce feelings of euphoria when taken in large doses. The need to “blow off steam” from writing papers, doing research and planning projects opens students up to amphetamine abuse behaviors. Not unlike high school, college students also experience peer pressures while at the same time taking on some of the financial pressures adult shoulder. Amphetamine effects allow a means for escaping the daily pressures of college life.

Drugs, such as Adderall, Strattera and Ritalin all require a doctor’s prescription. This requirement can give the impression of safety, not factoring in the addictive potential these drugs carry.

Without a clear understanding of how amphetamines work in the brain, college students unknowingly leave themselves open to physical dependency and addiction. With continued use, students come to rely on amphetamines as a way to cope with daily stressors. In the process, brain functions gradually deteriorate leaving students hopelessly incapable of keeping up with daily demands.

College students gain access to drugs through several different routes. Friends, doctors and internet pharmacies all offer possible ways to obtain prescription amphetamines. According to USA Today, the practice of diverting amphetamines to interested drug users starts as early as the middle school years with 23.3 percent of middle and high school students reporting having been solicited for prescribed amphetamine medications. This diversion rate increases accordingly once students enter college life with 29 percent of college students reporting having sold or given their medications to friends and acquaintances. Faking ADHD symptoms has also proven a fairly successful means for obtaining prescriptions from the college health center.

Known risk factors for amphetamine abuse on college campuses vary based on student motivations, circumstances as well as any possible underlying issues at work. Overall, men are more likely to misuse amphetamines than women, though risk factors for both sexes remain relatively the same. According to the U. S. National Library of Medicine, college students who abuse amphetamines have a higher likelihood of abusing alcohol as well as other illicit drugs. In effect, amphetamine abuse in college is often indicative of a larger substance abuse problem. Students with low grade-point averages or students performing below their own personal standards may also be at risk of amphetamine abuse. As amphetamine effects include increases in energy levels, concentration and focus, athletes may turn to amphetamines to enhance their athletic abilities.