First of all, when used properly, amphetamine is a powerful drug that can have many uses – methamphetamine on the other hand does not have many uses besides recreational drug use. Amphetamine is used in some doctor administered diet pills and though it was once used in over the counter diet pills, this use has discontinued because of the high potential for abuse and dependence that amphetamine based drugs has.

The effects of amphetamine are very strong and this can lead to an increased metabolism, rapid heart rate and similar effects.

The effects of methamphetamine are quite the same but may also include: 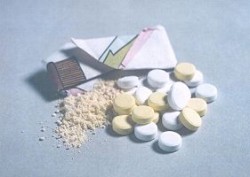 There is a difference between these drugs.