4 Disorders Commonly Treated with Amphetamines – If You Don’t Have One of These Disorders, You Shouldn’t Be Using Amphetamines

According to the Center for Substance Abuse Research, when nerve cells in the spinal cord and brain are activated by amphetamines, a user’s mental focus and concentration are improved, as well as their ability to stay awake, which is why amphetamines can be helpful to people who suffer from specific disorders.

Amphetamines, although they are at a high risk for abuse, are beneficial to the medical field for certain disorders. Below is a list of four disorders that amphetamines can be prescribed for are:

Obesity: Amphetamine is an appetite suppressant, and most people who take amphetamines forget about eating or do not think about eating while on the drug. When an amphetamine drug is prescribed for obesity, it is in a healthy dose and can help a person lose weight.

Narcolepsy: When a person has narcolepsy, they are prone to falling asleep throughout the day for short or long intervals of time. This can become a problem because narcolepsy can cause uncontrollable sleeping occurrences. Amphetamine can help a person stay awake throughout the day.

Attention Deficit Hyperactivity Disorder (ADHD): This in the most common disorder that amphetamine is prescribed for. Amphetamines help a person focus by stimulating the brain, so when a person suffers from ADHD, prescribed medication containing amphetamine can help them stay focused. 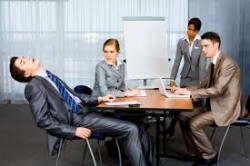 Amphetamines are used to treat narcolepsy and other disorders. Use of them otherwise is considered abuse.

Although amphetamines do have some medical benefits, the abuse of the drug of is high, and many people are forming addictions to the drug. Amphetamine abuse over long periods of time can be dangerous and can cause permanent damage to a person’s brain and body.

According to Center for Substance Abuse Research, prolonged use of amphetamines can have many harmful effects on a person. Some of the effects of long term amphetamine abuse are, behavioral disorder, mental changes, mood changes, dizziness, toxic psychosis, mal nutrition, skin disorders, ulcers, convulsions, difficulty breathing and cardiac arrhythmia.

Even the short term use of amphetamine is dangerous because amphetamine significantly impair a person’s brain chemicals. A person using amphetamines can have seizures, and is at higher risk for cardiac arrest being that amphetamines will increase a user’s heart rate. Both short term and long term amphetamine use can be fatal.